Samford University celebrated Aug. 19 with the surprise announcement by President Andrew Westmoreland that the university had exceeded its goal for “A Campaign for Samford” more than four months early. Westmoreland made the announcement at the annual employee workshop preceding the start of the fall semester.

“This is a story, actually thousands of stories, of people who rallied to support an institution they cherish, at times when economic uncertainty pervaded every aspect of their lives,” Westmoreland said.

The campaign originally was scheduled to end on Dec. 31, but likely will close about Nov. 1, according to W. Randy Pittman, Samford’s vice president for advancement. Several fundraising projects still are in progress, including a new Brock School of Business building and a campaign for Cumberland School of Law.

Every facet of the university has benefited from the campaign. Pittman cited the importance of the two largest campaign goals -- scholarships and annual fund.

Annual fund support is the largest single component of the campaign, with more than $76.8 million raised in “much-needed funds” beyond revenue provided by tuition and fees, Pittman explained, underscoring the national recognition for value and affordability that Samford has received from several prestigious rankings and publications.

More than $56 million in new scholarship funds has been received. These funds allow Samford to continue to attract top quality students whose families may not have all the resources to afford a private Christian university like Samford, Pittman said. Scholarships also are important in recruiting top academic students in all programs.

Gifts of $31.4 million support academic programs, including expansion of existing programs and the launch of several new initiatives, including the College of Health Sciences, the Center for Science and Religion and University Fellows, Samford’s undergraduate honors program.

Although capital projects were not the largest component of the campaign, nearly $30 million has been given to provide for the new business school building, new residence facilities, renovated fine arts facilities and new athletics facilities.

About $6 million was given for faculty enhancements, including endowed chairs and professorships and research support that help to “attract and retain quality individuals to join Samford’s nationally-recognized faculty,” Pittman said. 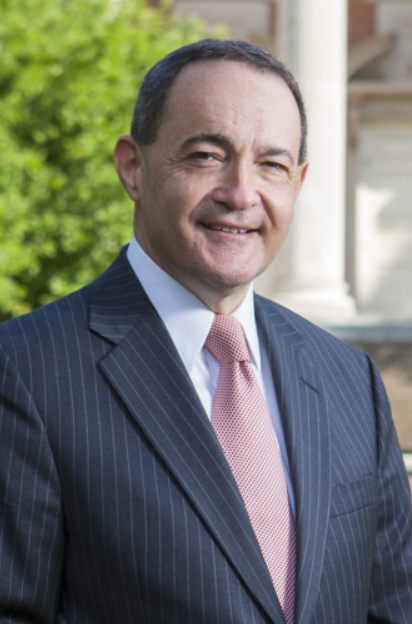 When the university launched “A Campaign for Samford,” it did so in an unusual economic climate.

“Launching the campaign as we did, during a dismal period for the economy, probably made a few of those friends scratch their heads in wonder at our timing,” Westmoreland said. “Across my four decades of involvement in higher education, I’ve always said that there is no perfect time to undertake a capital campaign.  Perhaps we stretched the limits of timing with this effort, but the results should be a jolt of confidence to every person connected with Samford.  I am deeply grateful for every gift from every person.”

Pittman said he believes Samford is on an unparalleled positive trajectory for at least two reasons: First, the progress is evident everywhere you look.  He urged alumni who haven’t been back to the campus to visit and witness the progress for themselves.  Secondly, “Samford has stayed true to its mission of providing an outstanding, world-class education undergirded by a Christian worldview.”

Editor’s note: A detailed campaign story will be published in the September issue of Seasons magazine.