A team from Samford University's Cumberland School of Law took first place in the regional component of the American Association for Justice (AAJ) Student Trial Advocacy Competition March 20-23 in Atlanta. 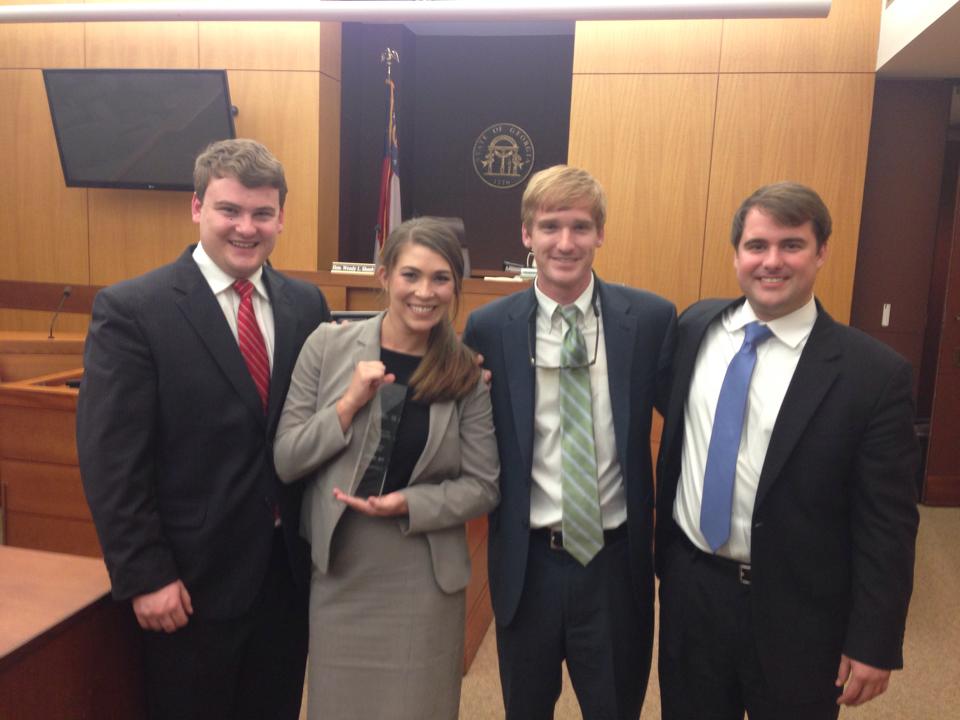 This year's top team defeated Faulkner University, University of Georgia and University of Alabama in the preliminary rounds, Georgia State University in the semifinal, and then the other Cumberland School of Law team in the final.

There are 14 regions of the AAJ Student Trial Advocacy Competition, and 16 teams compete in each region.  A law school can send two teams.  Only the top team from each region advances to the national Finals. AAJ's mock trial cases are always civil cases and deal with products liability, personal injury or medical malpractice/negligence issues. Teams are judged on their skills in case preparation, opening statements, use of facts, the examination of lay and expert witnesses, and closing arguments.

Cumberland School of Law's current teams are coached by Mike Rasmussen, a 1975 alumnus and 26-year advocacy coach with four national titles. Rasmussen was a federal prosecutor in the U.S. attorney's office where he prosecuted white-collar criminals for nearly 30 years.

"Not only winning the AAJ regional, but having two Cumberland teams face each other in the final round to guarantee the school both first and second place, speaks volumes about the law school's dedication to teach superior lawyering skills," said Thrift, a second-year law student.

"The trial team coaches bring years of real-world court room experience to teach us not only the rules of the courtroom, but also how to advocate effectively," Thrift said. He added that his education is preparing him to "leave Cumberland School of Law in spring 2015 not only knowing the law, but also ready to step into a courtroom and practice the law."

Derrek Smith is director of communications for Cumberland School of Law.