Samford Students Will Study, Learn Near and Far During Jan Term 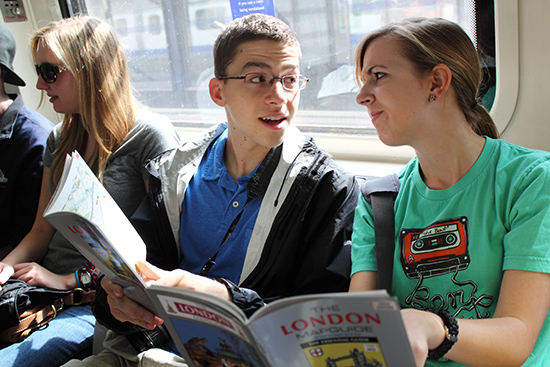 Samford University students will study and learn in locales that range from campus classrooms to east Africa during January.

Course topics during the mid-winter Jan Term vary from standard classroom fare to a sociological study that examines the cultural fascination with all things Disney.

Students in two classes will tackle various aspects of poverty in Birmingham and in Rwanda, the most distant of eight foreign study sites on the 2015 Jan Term listing.

In Rwanda, students will receive a cross-disciplinary introduction to the scope, causes and consequences of poverty, with emphasis on poverty issues from a Christian perspective. Students will meet with leaders of Christian and secular non-governmental organizations and others who are attempting to alleviate poverty in the east African nation.

A partnership of Samford’s Brock School of Business and Mann Center for Ethics and Leadership, the course builds on the expertise of Mann Center program manager Cameron Collins, who recently worked with a missions organization in Rwanda, Mann Center director Drayton Nabors, who has long-standing connections in the country, and business professor Jeremy Thornton, a specialist in economic development and social entrepreneurship.

“The common theme,” Thornton said, “appears to be that students are looking for a deeper understanding of global income inequality, practical and applied knowledge for addressing poverty and a desire to integrate their faith and their vocation aspirations.”

A total 198 Samford students will study abroad during January. Fifty-nine of them will be based at the Daniel House, Samford’s residential study center in London, England, to study music and art appreciation, culture, political science, geography, nursing, history, pharmacy, religion and fitness and health.

The Rwanda course is one of two Jan Term study abroad opportunities being offered for the first time.

“DEWI provides an opportunity for students to exercise their God-given design skills in a way that will change lives, instead of just theorizing about it as they would with a traditional design thesis project,” explains interior architecture professor Preston E. Hite, who hopes that the first-time Samford offering will help students know that a vocational calling is more than a choice they make.

“It is an expression of God’s purposeful handiwork through us,” Hite said.

Their January project involves the interior of an assembly and classroom building at Camp Chacauco in the heart of the Andes. Ecuadorian Christians will use the finished structure for youth gatherings, church retreats and pastoral education at the missionary-run camp, said Hite.

Other Samford groups traveling abroad will study the Amazon Rain Forest in Ecuador, education and family life in Indonesia, medical missions in the Dominican Republic, language, food, culture and society in Costa Rica, coastal geography on the Caribbean island of Saba, and history and culture in Rome, Italy.

All of them, predicts and hopes Samford international education director Angela Ferguson, will return able to see where they came from with new eyes.

“Students who study abroad with Samford move beyond their comfort zone and encounter new ways of thinking and being in the world,” Ferguson said. “Each one will be changed by this experience, and will bring their new say of seeing and understanding back to Samford, thereby changing and enriching this place.”

The same might be said for many other Jan Term students who will spend January closer to home, but nonetheless broaden their understanding of themselves, their neighbors and the human condition.

Stateside, students in an upper level sociology class taught by professor Chuck Stokes will explore the organizational structure, history and social impact of The Disney Company, with particular attention to the media empire’s influence on American youth culture.

During a trip to Walt Disney World resort in Orlando, Florida, students will research how Disney creates the “magical” experience of one of the world’s most popular tourist destinations.

On campus, students in a business and local poverty class will use extensive reading, class discussion and observation to explore the tenets of poverty through a lens of Christian perspective and social entrepreneurial understanding.

During visits to five sectors of inner city Birmingham, class members will see how almost a dozen non-profit groups address poverty through their ministries, according to business professor Barbara Cartledge. The class will conclude with a panel of business leaders addressing the topic of poverty.

Other on-campus classes this Jan Term include the always popular courses in art and music appreciation, and various other disciplines.