The Hidden Gifts of Helping Author to Speak Oct. 9 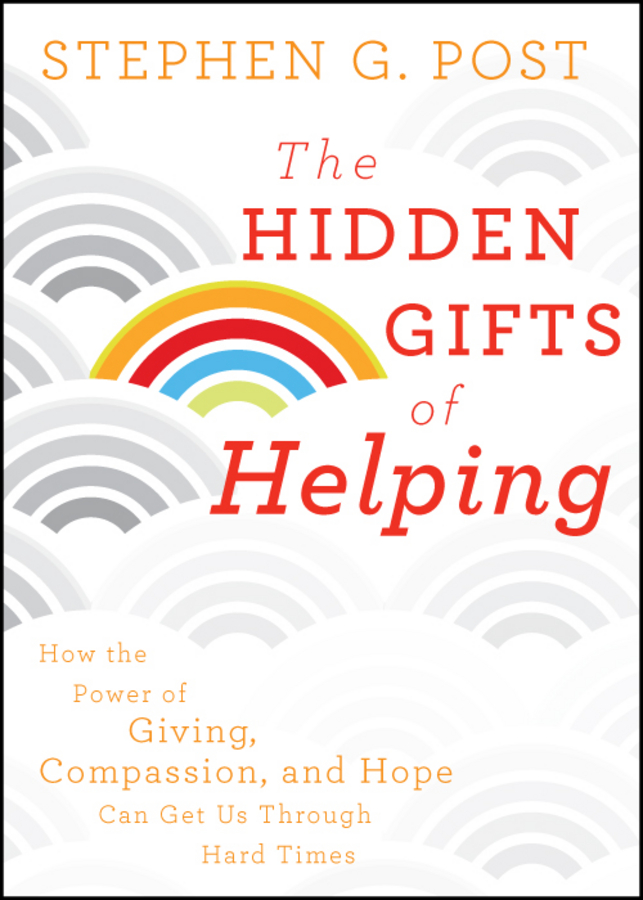 Samford University's Howard College of Arts and Sciences and the university's Center for Science and Religion will co-host noted author and public intellectual Stephen G. Post for the 2014 J. Roderick Davis Lecture Oct. 9. Post will bring to Samford his intriguing research on benevolent love and compassionate care at the interface of science, health, spirituality and philanthropy.

In addition to his free public lecture at 7:30 p.m. in Wright Center, Post will meet with students and lead an afternoon workshop for pastors co-sponsored by The Center for Science and Religion and Beeson Divinity School.

Post is Professor of Preventive Medicine and Founding Director of the Center for Medical Humanities, Compassionate Care and Bioethics at Stony Brook University School of Medicine. Among his many other prestigious appointments, he is a Fellow of the Philadelphia College of Physicians, a member of the Medical and Scientific Advisory Panel of Alzheimer’s Disease International, and a founding member of the International Society for Science and Religion at Cambridge University. He founded The Institute for Research on Unlimited Love, which engages in the scientific study of self-giving and altruistic love.

Post is well known to many as the author of the popular books The Hidden Gifts of Helping and Why Good Things Happen to Good People: How to Live a Longer, Happier, Healthier Life by the Simple Act of Giving. He also has written eight scholarly books, edited nine others and is the primary author of nearly 200 articles in prestigious peer-reviewed journals, including Science, The American Journal of Psychiatry, The Journal of the American Medical Association and The Lancet. He served as editor-in-chief of the Encyclopedia of Bioethics, the most influential reference work in the field.

Samford psychology professor Sandra Willis studies the impact of religion and spirituality on physical health. She is especially interested in Post’s work in this area because she said the subject often is not addressed in medical education and practice, although she said medical education is starting to incorporate psychology courses that increase knowledge of the importance of empathy. By happy coincidence, Willis is offering her own Health and Faith course at Samford this fall. Her students will be among those meeting with Post in October.

“When you’re sensitive to an individual sitting over there it’s very important to look at them, look at their body stance and ask them questions that are related to not only their physical symptoms but their happiness and general satisfaction in life,” Willis said. “It’s important for the patient/practitioner interaction, but also important for accurate diagnoses.”

As important as such consideration is, Willis said there are many varied and strong feelings about including an openly loving, spiritual component in healthcare. Some see such care as the role for a chaplain, but it often falls to nurses and social workers as well. It is considered to be part of the larger practice of complementary and alternative medicine, an area once scorned but growing in acceptance.

As a neutral position, Willis said, “many people advocate waiting for patients to express an interest in incorporating religion into their medical care.” Of course, not everyone can ask for spiritual support. That touches on a subject of special interest to Post and senior Samford psychology major Cassidy Clevenger, who aspires to a career in geriatric health psychology and is working with Willis on an ASPIRE research project.

Post’s book The Moral Challenge of Alzheimer Disease: Ethical Issues from Diagnosis to Dying was designated a “medical classic of the century” by the British Medical Journal and he has earned the U.S. Alzheimer’s Association Distinguished Service Award. Clevenger’s interest in the same subject was sparked at age 19 as she worked in the dementia ward at a Birmingham-area assisted living facility, which she described as “a difficult job, but very rewarding.” She found that caring for the whole person in such circumstances presents special challenges. “They’re the ones who need it the most,” she said, “but they don’t necessarily express their need for it.”

The time seems to have arrived to transform such informed, compassionate care from “alternative” to “essential,” and not only for geriatric patients but for everyone. “What Post is doing is very exciting,” Willis said. “He’s working at a macro level to make it popular to think about medical humanities, and that is a new concept. That will affect people.”