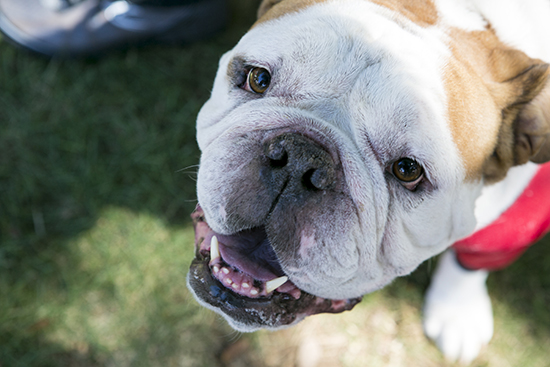 Voting has opened in the inaugural pet photo contest sponsored by the Samford Alumni Association as part of the 2014 Homecoming festivities. Sixteen finalists have been selected from more than 40 pet entries. The finalists, which include cats, dogs, a goat and a donkey, are raising funds for a specific scholarship or program area as part of the contest.

The winner will be designated as the official sidekick of Samford’s bulldog mascot, Rex, for one year.

Help your favorite pet become Rex's sidekick by donating to their preferred fund or scholarship. Every dollar raised equals one vote. The pet that has earned the most votes by Nov. 1 at 1 p.m. will be named Rex’s official sidekick in a special announcement during the homecoming football game.

All donations are tax-deductible.

To find out more about each finalist and to vote, go to alumni.samford.edu/petfinalists.