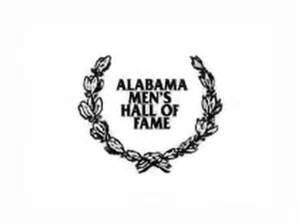 The Alabama Men’s Hall of Fame seeks nominations by March 15 for its 2015 induction class.

The Hall of Fame annually recognizes men who are native Alabamians or who are closely identified with the state.  Nominees must have made significant contributions on a state, national or international scale, and have been deceased for at least two years.

Housed in Samford University’s Harwell G. Davis Library, the Hall of Fame was established by the State of Alabama in 1987.

Bronze plaques recognizing all honorees are displayed on the third floor of the Samford library.

Nominations are reviewed by a selection committee and the AMHF Board of directors.  The formal induction ceremony and luncheon is held annually in September in Birmingham.

More information is available at http://samford.edu/alabama-mens-hall-of-fame/nominations.aspx.