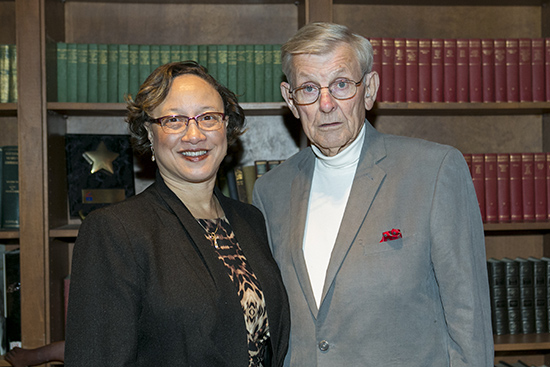 McFadden, a veteran of 30 years in the ministry, has served at the historic Montgomery church since 2002. She also is an adjunct professor of pastoral care and director of supervised ministry at Hood Theological Seminary’s extension campus in Greenville, Alabama.

The Auchmuty Fellowship will make it possible for McFadden to receive specialized training in coaching, which she plans to use within her denomination and in her day-to-day role as a pastoral minister.

“Her commitment to lifelong learning is evident in her desire to pursue specialized training in coaching,” said Wilson.  “We are confident that she will apply what she learns to her day-to-day ministry as pastor of a thriving church as well as within her denomination. Her goals matched the goals of  the Auchmuty Fellowship:  to enrich the lives of congregational leaders.”

Prior to the Old Ship position, McFadden was most recently associate director for pastoral care and education at John Umstead Hospital in Butner, N.C. Previously, she was a chaplain at two hospitals in Washington, D.C., and a chaplain candidate with the U.S. Air Force Reserves.

The Washington, D.C., native holds a bachelor’s degree from Johnson C. Smith University in Charlotte, N.C., a master of divinity degree from Emory University’s Candler School of Theology in Atlanta, Ga., and a doctor of ministry degree from Hood Theological Seminary in Salisbury, N.C.

The fellowship, established in 2004, is named in honor of James A. Auchmuty, a Samford alumnus and pastor emeritus of Shades Crest Baptist Church in Birmingham. It is awarded every two years.