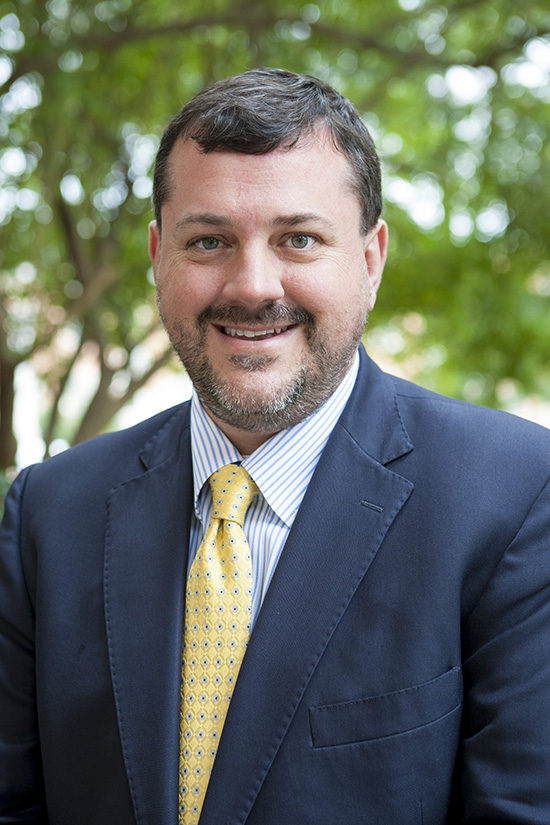 “I’m incredibly humbled and honored to receive this recognition from APhA,” said Hogue. “There are so many people in the profession that are deserving of this award, and I was very surprised when I was notified that I was selected as this year’s recipient,” he added.

Hogue joined the McWhorter School of Pharmacy faculty in 2004 and has served on the school’s senior leadership team for seven years.

“Dr. Hogue’s thoughtful leadership and innovative thinking have contributed greatly to not only the success of the McWhorter School of Pharmacy, but to the profession as a whole,” said pharmacy Dean Michael A. Crouch. “He is most deserving of this national honor and we are grateful for his continued leadership in our school.”

Hogue is a current member of the board of directors of the National Foundation for Infectious Diseases and has held numerous leadership positions within APhA, including the board of trustees and national president of both APhA Academy of Pharmacy Practice and Management and APhA Academy of Student Pharmacists. Hogue completed an executive residency with APhA, was an independent pharmacy and home infusion company owner, and has led practice change in ambulatory care, public health practice and the role of the pharmacist in immunization practice. Hogue received his Pharm.D. from McWhorter School of Pharmacy in 1995.

Hogue will receive the Pharmacy Management Excellence Award at the APhA Annual Meeting in San Diego, California, in March.