Black History Month at Samford Will Cover Variety of Topics 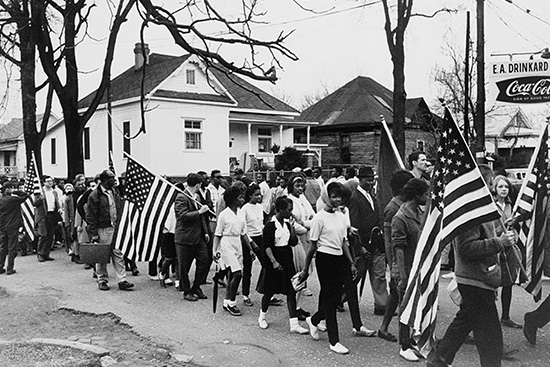 Samford University will host a variety of lectures and presentations during February in honor of Black History Month.  The programs are sponsored by Samford’s Office of Diversity and Intercultural Initiatives.

In addition to several lectures and a panel discussion, the schedule includes two film screenings, an African dance class and a sickle cell education booth.  Most events are free and open to the public.

The sickle cell booth in the dining hall from 10 a.m. to 1 p.m. on Feb. 18 will help educate the Samford community about the disease, according to Diversity and Intercultural Initiatives director Denise Gregory.

Other events during the month:

Feb. 10                 Screening of the documentary, Thunder Soul, which celebrates the popular 1970s Kashmere Stage Band and a reunion of band members to play a tribute concert for their beloved band leader.   The event in Christenberry Planetarium is planned as a private screening for Samford music ensemble students.

Feb. 17                 Convocation in Reid Chapel at 10 a.m. featuring John King, Jr., associate executive director for church and community relations, Birmingham Baptist Association, and senior pastor of Trinity Baptist Church.  He is a member of the Samford Board of Trustees.

The documentary, STAND! Untold Stories from the Civil Rights Movement, will be shown at 6:30 p.m. in Christenberry Planetarium.  The film chronicles the key events that led to the selection of Birmingham as the site for “Project C” (Project Confrontation) in 1963. Samford students can receive convocation credit for the event.

Feb. 20                 Cumberland School of Law's Thurgood Marshall Symposium will present Harvard Law School professor Kenneth W. Mack and Jefferson County circuit court judge Helen Shores Lee. Mack will discuss his recent biography of African American lawyers working in the era of segregation, Representing the Race: The Creation of the Civil Rights Lawyer. Lee will present details from her book, The Gentle Giant of Dynamite Hill, about her father, Arthur Shores Lee, and his civil rights-related legal battles.   The program, hosted by Cumberland's Black Law Students Association, will be at 10 a.m. in the moot courtroom of Robinson Hall law building.

Feb. 24                 A Lunch and Learn will feature DeReef Jamison speaking on the topic "Hip Hop, Masculinity and Cultural Identity".   The event will be at 11:30 a.m. in Beeson University Center’s Howard Room.  The meal is free, but reservations are required.  Register here.

Feb. 25                 Nathifa Dance Company will present an African dance aerobics class in Bashinsky Field House room 103 at 7 p.m.  The Birmingham-based company was established in 1992 to educate, entertain and develop the gift of the arts through African dance and drum rhythm.