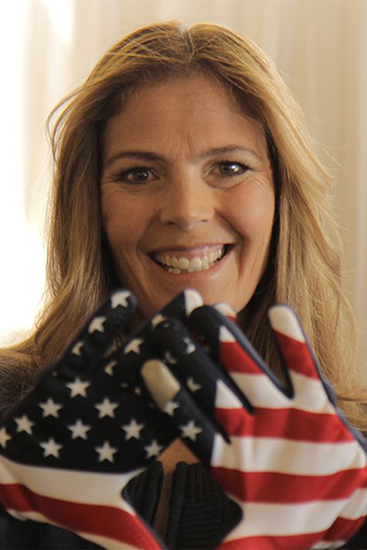 Picabo Street, who won the gold medal in the Super G women's skiing event at the 1998 Olympics, will speak at Samford’s Strong Leadership Academy on Feb. 17 in Brock Forum from 10-11 a.m.

A native of Idaho, Street was named after a neighboring town, which comes from a Native American word that means "shining waters" or "silver creek,” She joined the U.S. ski team at age 15. Her most notable win was the gold medal in the Super G event at the 1998 Winter Olympics. Later that year, she broke her leg in multiple places after slamming into a fence at the World Cup. Though she qualified for the 2002 Olympics, Street finished only 16th in the women's downhill event, and retired from competitive skiing soon after. She now lives in Portland, Oregon, and has served as the spokesperson for several companies and sports organizations.

Samford’s Strong Leadership Academy is a program jointly developed between the athletics department and the Frances Marlin Mann Center for Ethics and Leadership. Its mission is to bring in successful athletes to share their personal stories and the importance of faith and character to success in all areas of life to Samford student athletes.

Later this spring, the program will bring in Spencer Tillman, an Orange Bowl MVP, Super Bowl champion and college football commentator on April 7.

Also, Jeff Stephens will provide the professional skills seminar lecture.  Stephens is a 2004 alumnus of Samford and general manager of Birmingham-based 365 Inc, which runs worldrugbyshop.com, worldsoccershop.com and other sports-related websites. In 2013 he was selected as Samford’s Outstanding Young Alumnus.  He will discuss topics related to business networking.