Published on February 18, 2015 by Jimmy Lichtenwalter   Share this on: 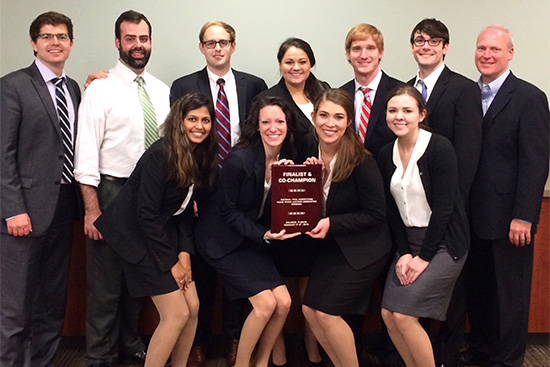 The two student teams from Samford University’s Cumberland School of Law have achieved success in a recent trial competition.

Woodham was awarded best closing argument for his prosecution case, receiving three perfect scores. One judge remarked that it was the first time she had ever given a perfect score.

The team will compete in the national finals March 11 in Houston, Texas.

The two Cumberland teams are coached by Judge Jim Roberts ’94 and Ross Massey ’11.

“All of our students demonstrated the ethics and professionalism we strive to teach our students,” said Roberts. “It has been my privilege to coach every one of them.”