Southern Baptist Ethicist Warns Against Cultural Clashes with the Gospel 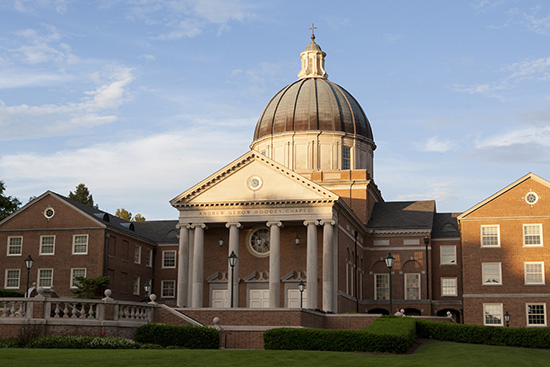 Geography and culture can impact reaction to biblical preaching, a Southern Baptist ethicist said in a Feb. 3 event at  Samford University.

“Living in the Bible belt can make people numb to the preaching of the Bible,” said Russell Moore. “That will change as the culture around us increasingly ceases to hold values that overlap with biblical values.”

Moore is president of the Southern Baptist Ethics and Religious Liberty Commission based in Nashville, Tennessee. He was a featured speaker at “Beyond the Bible Belt” sponsored by Beeson Divinity School and The Gospel Coalition.

“The illusion that we are part of a moral majority…is no longer true, if it ever was,” Moore added. “What the church is going to have to learn is to be a prophetic minority.”

If the culture around the church is shocked by biblical values, Moore said, that’s not new.

“The gospel didn’t come to us from Mayberry. It came to us from a Greco-Roman society that found the claims of the gospel ridiculous and nonsensical,” he explained.

As the culture outside the church has less and less in common with biblical morality, Moore said, “we will be seen less representing God and country and family values and more representing Christ and him crucified.”

Harry Reeder, senior pastor at Birmingham’s Briarwood Presbyterian Church, spoke on changing the culture inside the church. He warned against the arrogance of dismissing the past as you attempt to transform the culture within your church.

Reeder also spoke against an over-emphasis on church growth. “Establish spiritual health as your objective, not statistical growth.”