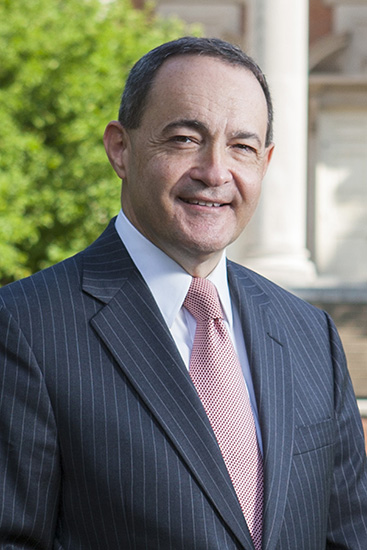 “This latest honor for President Westmoreland further affirms the national reputation that Samford University has,” said William J. Stevens, chair of Samford’s board of trustees. “Our university’s influence in higher education is stronger than ever because organizations choose Samford people like Dr. Westmoreland as leaders. As he so often says about others in the Samford family, the world is better for it.”

The annual meeting includes the Thomas E. Corts Memorial Roundtable, which addresses questions and concerns raised by the Panel of Legal Experts in an earlier meeting of the annual conference. The late president of Samford University, who joined AAPICU when he first became a college president in the early 1980s, placed high value on the informal idea swapping at annual meetings. "I never leave a meeting without two or three ideas that have actually worked for respected presidential colleagues," he said.

Westmoreland also is in his second term as chair of the board of trustees for the Southern Association of Colleges and Schools Commission on Colleges, the regional accrediting body.