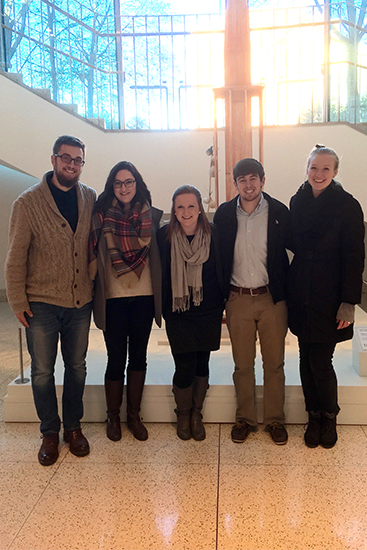 Students in Samford University’s journalism and mass communications department received an honorable mention for their entry in the 2015 Bateman Case Study Competition sponsored by the Public Relations Student Society of America.

Schools from across the U.S. participate in this annual event, held every year since 1973, to assemble the most successful public relations campaign. This year, 60 schools entered the event. While this was just the second year Samford competed, the team placed in the top 16 nationally in addition to receiving an honorable mention.

“Working on the Bateman Case Study was a wonderful opportunity to gain hands-on P.R. experience,” said Fuqua, a senior from Franklin, Tennessee. “In just a few months we were able to plan and implement a full-scale awareness campaign, and I am extremely proud of Samford's team for receiving an honorable mention for our work. We competed against some of the top journalism programs in the nation and to receive an honorable mention is very impressive.”