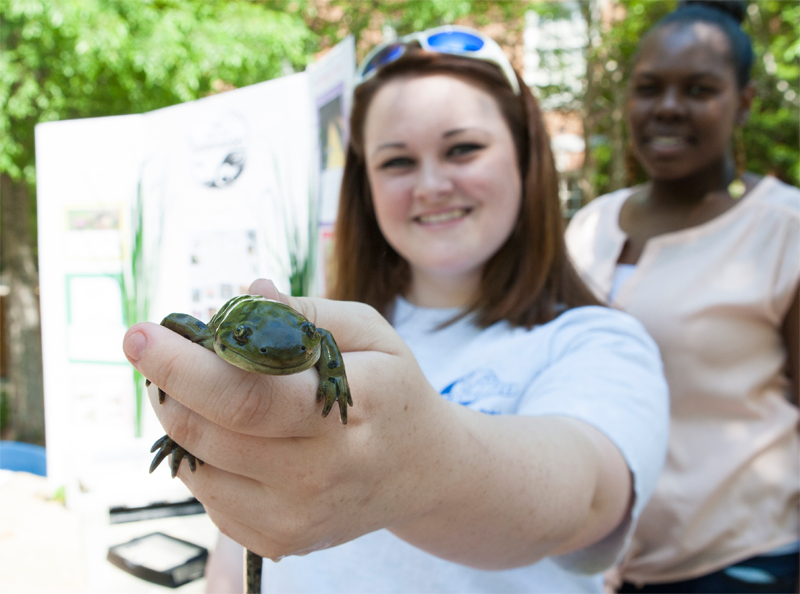 Film: Behind the Label, India's Genetically Modified Cotton
April 20, 5:30 p.m., Brock Forum, Dwight Beeson Hall
The Critical Languages Program sponsors this journey through India in search of the hidden world that lies between the folds of cotton – the most used textile fiber in the world.

Earth Day Fair and Solar Walk on the Quad
April 21, 10:30 a.m.-1 p.m., Ben Brown Plaza
Student and academic groups will display their expertise on a variety of environmental and educational issues. Outside vendors will be at the fair to market their own products and services. Technical Knock Out will be on-site to recycle anything that plugs in (fees associated with monitor and hard drive destruction).

Film: The Host
April 23, 7 p.m., Christenberry Planetarium
The Film Club and Geography Department sponsor this viewing of Bong Joon Ho’s science-fiction horror tale of an environmental incident and a monstrous creature conceived in the waters of Seoul’s Han River.