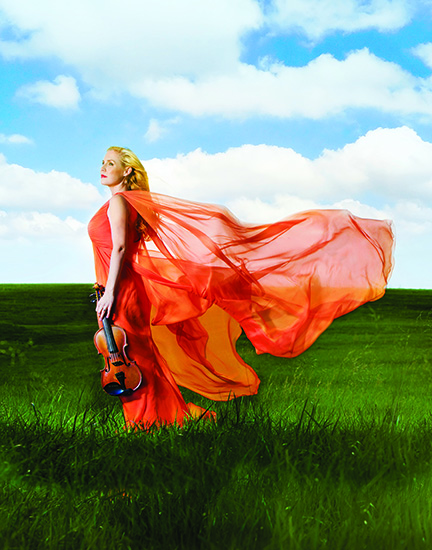 Tickets start at $15 and are free for Samford students and employees. Non-Samford students can purchase tickets for $10. Tickets can be purchased either online or by calling the Samford Arts box office at (205) 726-2853. Box office hours are Monday through Friday, 9 a.m.-5 p.m. Tickets also may be purchased at the box office located in Samford’s Swearingen Hall.

For more than a decade, the award-winning, Juilliard-trained, Annie Moses Band has been inspiring and entertaining audiences around the world with their distinctive music style, according to Cristina Almanza Muro, Wright Center director of external relations.

The Annie Moses Band is an ensemble of six instrumentalists and vocalists.Their cutting edge sound fuses American roots, folk rock and jazz in stunning performances that feature strings, keyboards, guitar and rhythm, Almanza said. The family that makes up the Annie Moses Band is musically diverse. Their converging artistry on stage creates a unique style.  With accolades that include more than 1,200 hours on PBS and recent debuts at Carnegie Hall and the Grand Ole Opry, the band is bringing a distinctive style to American music.

Inspired by George Gershwin's "Rhapsody In Blue" and other iconic American composers, the tour is a high-energy reinvention of classic American melodies. "Rhapsody in Bluegrass" fuses Appalachian bluegrass, Irish fiddle, folk and classic themes to create a musically diverse, family-friendly concert experience for all generations.

"Our audiences had an overwhelming experience," said conductor of the Cape Cod Symphony Jung-Ho Pak, after performing a six-night concert series with Annie Moses Band. "Their combination of high energy, raw talent and showmanship is a consistent recipe for success."