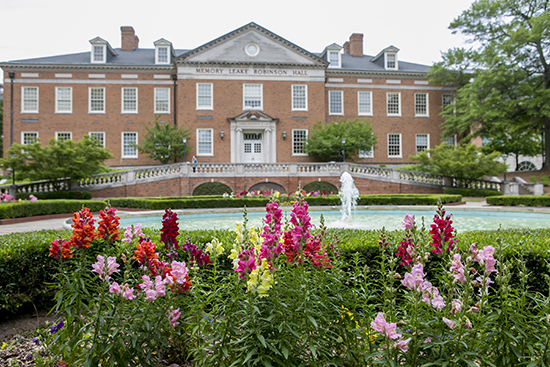 The area in front of Samford University’s Cumberland School of Law is the home of gardens and benches that surround a beautiful fountain. This area is formally known as Brewer Plaza or informally referred to as the law fountain. Regardless of name, it is undeniable that one would be hard pressed to find a prettier or more enjoyable way to spend a spring afternoon than pausing here for a few moments to soak in the atmosphere.

Brewer Plaza was named in 2007 for former Governor of Alabama and Cumberland School of Law professor emeritus Albert P. Brewer and his late wife,Martha. Former students of Brewer provided the primary funding for the project.

Brewer has been an instrumental influence at Cumberland and carries with him a long list of accomplishments headlined by his title of former Governor of Alabama. He was in the governor’s office from 1968-1971 and is credited with developing the largest appropriations increase for public schools in state history and creating the Alabama Development Office.

His contributions were not limited to politics though, and include serving as a professor in the law school for two decades, serving as a member of Samford’s board of trustees and helping to establish the Alabama Public Affairs Research Council of Alabama (PARCA), a nonprofit and nonpartisan organization that studies issues of public interest affecting state and local government.

In addition to being a popular gathering place, the plaza also is the site of the annual law school reception honoring spring graduates.

Editor's note: This is one in a recurring series on "hidden gems" on the Samford University campus.