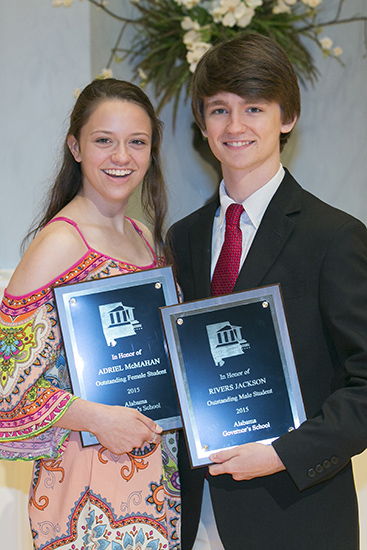 The award winners were chosen by AGS students, faculty and staff on the basis of their participation and overall interest. They were among 88 participants from 56 high schools in 27 Alabama counties.

Jackson, a student at Muscle Shoals High School, is the son of Tanya and Wyatt Jackson.

McMahan, a student at Elkmont High School, is the daughter of Brandy and Brandon McMahan.

More than 2,000 of Alabama’s best and brightest high school students have attended AGS since it began at Samford in 1987.