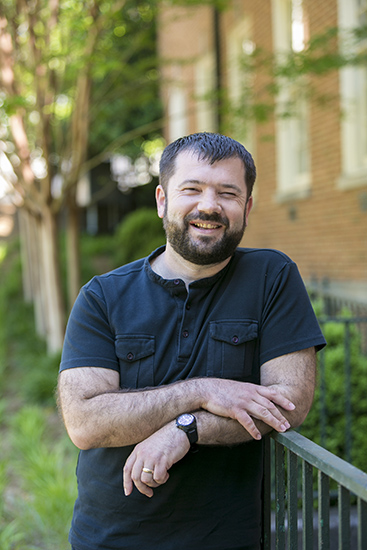 At a time when major denominations appear to be declining and research indicates that many young adults are abandoning their religion when they go off to college or reach the age of 18, Vitaliy Bak, pastor of Bethany Slavic Baptist Church in Minnesota, is envisioning ways in which one’s faith becomes energized through immediate daily missions involvement.

Bak’s vision is training young people to be convinced and committed participants in the mission of God. He envisions this training taking place as a part of the ongoing ministry of the church and involving the “total” person.

Missions and involvement are nothing new to Bak. He was raised in the region of Moldova and emigrated to the U.S. in 1999 from Russia. In fact, before the Communist takeover in 1917, the Russian Empire claimed 700,000 Baptists, the largest concentration outside America. After waves of persecution, the number dwindled to 120,000.

The Baptist movement began in Russia in the 1870s, according to Bak, who grew up in the Baptist tradition. As a pre-teenager, he was a prayer group leader and involved in missions and personal evangelism. He was baptized at age 17 and moved to Minnesota where, he said, there was a large colony of Russian Baptists. Now 43 years of age, he is married and has three children.

“Without apology,” he said, “the ministry of the church has a mandate for making disciples.” He cites Matthew 28:19-20, which reads in part “go and make disciples of all nations.”

But there’s more, Bak maintains. “Our mission school will take upon itself the challenging task of preparing the students for the general mission work, even church planting efforts where it will be possible,” he said.

He envisions taking a group back to his homeland. “We are planting churches as communities of grace that will benefit and invite their local neighbors,” he said. “This kind of church planting will not be the endeavor of an individual but an effort in which the entire team participates in the planting of a church and another team succeeds it until the local church is ready to assume full responsibility,” he explains.

“We are a multiethnic church having people from at least six different ethnicities from the former USSR,” Bak explained. “Being bicultural, our young people are sensitive to the needs not only in this country but also in many other parts of the world.”

The church’s mission school begins by transforming the youth into an engaged community. Bak lists the ingredients for engaging young people as: they are called to a significant and big vision; they are entrusted with important tasks of the gospel; they are given challenging assignments; they are equipped with basic practical tools for ministry; and they know that they are needed because the mission cannot be done without them.

“Personal formation is different from spiritual formation,” he said. “We want to address the well-being of the whole person, including spiritual, emotional and physical areas.”

Bak said the entire program will be residential and operate in such a way as to teach the skills and help a person in a continuous personal formation process. “Healthy body, soul and spirit are very important for lifelong service in God’s mission,” he maintains.

Classes involving exercise, such as required athletic events, and the principles of nutrition and food preparation are required as well as daily Bible study, prayer and mutual support. The personal formation also has an emotional component, including a boot camp training model and rite of passage into full participants of Christian community.

Bak said that he had used the time and resources provided by the Resource Center for Pastoral Excellence at Samford to systematically research the issues pertaining to the mission school project.