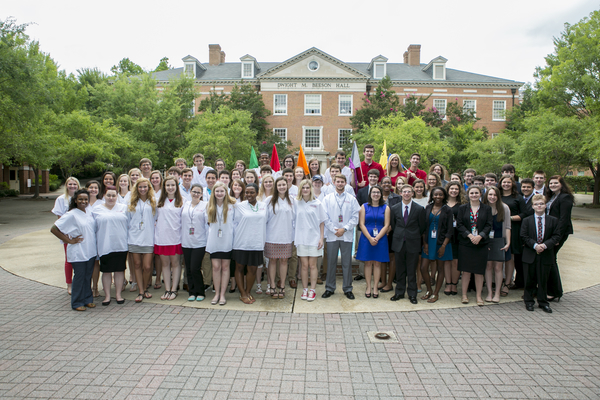 Like many participants, Erik Johansen of Clearwater Florida, is already seriously focused on medical study and a future in the field. He found the camp’s sessions with current medical school students to be especially helpful. “They’ve dispelled some rumors,” he said. “You do have a life, you do have free time and it’s worth it in the long run.”

Cheyenne Warren of Panama City, Florida, entertained invitations from several similar camps that somehow knew about her longtime desire to become a cardiovascular surgeon. She found M.D. Calling to be the most affordable camp, by far, and was impressed with what it offered—immersion in medical career preparation with smart young people who share her interest.

“I learned things about myself that even I didn’t know,” Warren said of the M.D. Calling experience. Samford biology professor Drew Hataway introduced her to medical ethics, which she said is her “new favorite subject.” More importantly, she said, the camp confirmed her interest and aims. “I realized that I would fit in well where I want to be.”

Caroline Saint of Tuscumbia, Alabama, is following in the footsteps of parents Beth and Patrick. She said about five years ago both parents returned to school to earn law degrees. “It really inspired me," Saint said. “It’s never too late to go back and do what you want to do.” Nevertheless, Saint is interested in getting an early start on a law career. She hopes to attend Samford and enter the new 3+3 program that offers both undergraduate and law degrees with less tuition and a quicker professional launch.

J.D. Calling helped Saint starting building the connections and professional access she said will be essential in her career. Peers, current undergraduate students, law students, faculty, lawyers and judges are among her new contacts. She also is one of the first people to tour new district court offices in Birmingham. “I would never have gotten that experience,” she said.

“Samford, I’ve learned, will go the extra mile to help you succeed,” Saint said. That and the content of the camp already has her thinking about how to return the interest and help she found here. “I want to be one who comes and speaks years down the road when I’m a current law student or lawyer or undergrad,” she said, “and tell them that this is the program that made me realize I wanted to become a lawyer.”