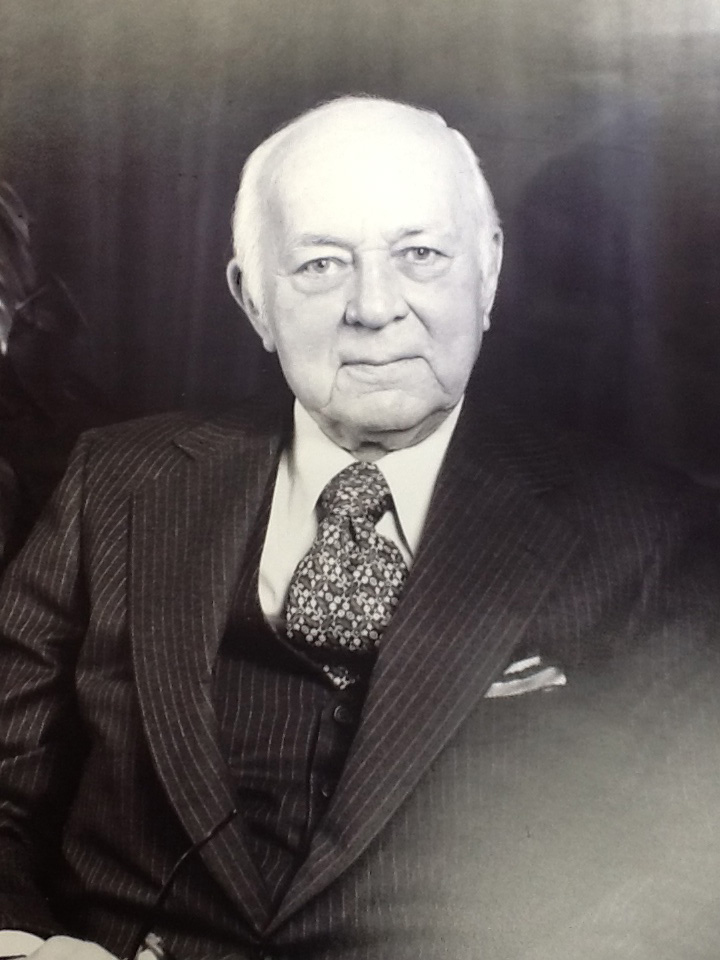 Longtime Alabama Congressman Albert McKinley Rains will be inducted into the Alabama Men’s Hall of Fame on Tuesday, Sept. 22, during a luncheon at The Club in Birmingham.

Rains, who died in 1991 at age 89, represented Alabama’s 5th Congressional District from 1945 to 1965. The district includes Gadsden, where he practiced law before and after his terms in Congress.

Founded by the Alabama legislature in 1987, the Hall of Fame recognizes men “whose lives have impacted the state, the nation and the world.”  Honorees must have been deceased for at least two years.  Plaques recognizing the honorees are housed in Samford University’s Harwell G. Davis Library.

Rains was noted for sponsoring or influencing legislation that continues to have significant impact. The native of Grove Oak in DeKalb County was also known as a skilled and powerful orator.

His legislative proposals expanded Federal Housing Administration programs that made housing affordable and available for millions of persons.  Other programs that bear his legislative imprint include housing for the elderly, urban renewal and redevelopment, nursing homes and rural housing programs. He wrote the nation’s first mass transit bill and was instrumental in legislation that led to the establishment of the Interstate Highway System.

He was an ardent supporter of the Tennessee Valley Authority and supported legislation that provided for the full development of the Coosa-Alabama River System.  His work also led to the establishment of Alabama’s first national military park at Horseshoe Bend in Tallapoosa County.

After studying at Snead Seminary in Boaz, Rains taught school for three years before entering Jacksonville State University and later studying law at the University of Alabama. He was deputy solicitor for Etowah County, city attorney for Gadsden and a member of the Alabama House of Representatives before being elected to Congress.

Following his Congressional service, Rains returned to his law practice in Gadsden and continued an active life of public and community service. He was chairman of First City National Bank and the author of a book, With a Heritage So Rich.  He and his late wife, Allison, were longtime members of Gadsden’s First Baptist Church.

The public is invited to the induction luncheon at 11:30 a.m. at The Club.  Reservations are required. Reservation deadline is Monday, Sept. 14.  To make a reservation, contact reservation chair Rebecca Mason at (205) 968-0967 or email rebecca@shelbysys.com.  For additional information contact Alabama Men’s Hall of Fame executive secretary Annette Green at (205) 492-3936 or anniegreen2404@gmail.com.