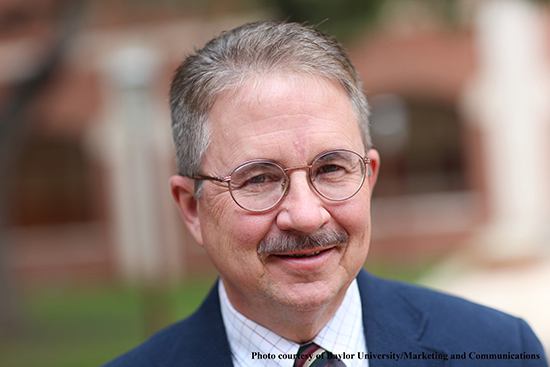 Olson will deliver the first lecture at Vestavia Hills Baptist Church Wednesday, Oct. 7, at 6 p.m. on “A Relational View of God’s Sovereignty.”

He will speak at Samford Thursday, Oct. 8. at 10 a.m. in Reid Chapel. His topic will be “Why I Still Call Myself ‘Evangelical” in Spite of Everything, or Evangelicalism Is Dead; Long Live Evangelicalism.”

Also Thursday at 3 p.m., Olson will speak in Brooks Hall Auditorium on “Should a Christian Ever Act As If God Does Not Exist?” This program will be part of the Faculty Shop Talk series.

Olson holds degrees from Rice University, North American Baptist Seminary and Open Bible College. He has written extensively for such publications as Christian Century and Christianity Today. His recent books include The Story of Christian Theology: Twenty Centuries of Tradition and Reform, which won the God Medallion Award from the Evangelical Christian Publisher Association in 1999, and Who Needs Theology? with Stanley J. Grenz.

Olson is past president of the American Theological Society (Midwest Division) and has been cochair for two years of the Evangelical Theology Group of the Religion.