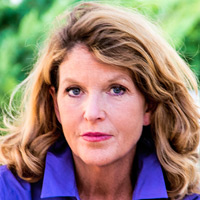 Samford University’s Howard College of Arts and Sciences will host MacArthur Foundation “Genius” Award Winner Joan Breton Connelly for the 2015 J. Roderick Davis Lecture Oct. 29. The free public lecture, Memory and Values: The Parthenon and the Greeks Who Built It, will begin at 7 p.m. in Wright Center Concert Hall.

Connelly, an archaeologist, author and professor of classics and art history at New York University, will discuss the ways human material culture preserves and projects values. Her controversial and compelling book, The Parthenon Enigma, will serve as the centerpiece of her talk.

Shannon Flynt, a Roman archaeologist and Samford classics and art history professor, is the faculty sponsor for this year’s Davis lecture. Flynt said the intense current interest in Greece’s economic troubles might be partly explained by a deep cultural memory of the flourishing, democratic Athens that created the Parthenon. “That one generation so captured the imagination of the world, that it set a standard by which we measure everything,” Flynt said. “It’s too precious to forget, leave alone or give up on.”

The influence of ancient material culture makes it impossible to forget, even if we wanted to, Flynt said. She often asks her art history students what architecture they’re listening to and what it’s telling them. She explains to them that architecture shapes us in profound ways. Churches provide an obvious example. “You change the way you think, the way you act, your moods, your emotions… a lot of that is the architecture,” Flynt said. “Every bit of religious architecture, from pagan temples to gothic cathedrals to modern churches, tells you who are in relationship to the divine.”

Flynt said the architecture of our democratic republic also reminds us what we value. “Thomas Jefferson wanted the public architecture of the U.S. to be Greek, not because he thought it was pretty, but because if we’re going to have those values we should make our world look like theirs,” Flynt said. “It’s going to remind us every day of what’s important.”

Flynt makes sure her students can hear what that ancient influence has to tell them, and hopes they will take it to heart. “Once you know, you can’t walk up the steps of a building and not make that connection,” she said. “From small town libraries to the U.S. Capitol and National Mall, it tells you you’re Greek.”

In her Oct. 29 talk, Connelly will explore what it meant to be Greek at the time of the Parthenon’s creation, and offer a surprising new interpretation of the building’s famous frieze.