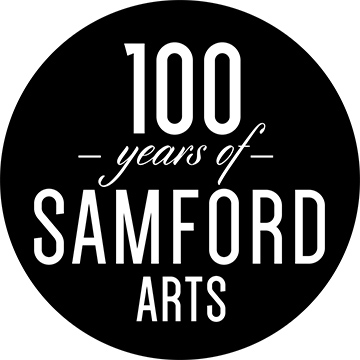 A century of fine arts at Samford University will be celebrated Tuesday, Nov. 17, when the combined choirs and orchestra perform music by Wolfgang Amadeus Mozart at Leslie S. Wright Fine Arts Center.

Titled “A Centennial Celebration Benefit Concert,” the 7:30 p.m. event is the kickoff event for a yearlong tribute to music, theatre, dance and visual arts at the university. The concert will raise funds for a new scholarship for students who are pursuing degrees from the School of the Arts. A birthday party, sponsored by Samford arts patrons Michael J. and Mary Anne Freeman, follows the performance in the Wright Center lobby and veranda.

Mozart’s Requiem and portions of Symphony No. 25 will be performed.

“We chose them because they’re great works,” said Joseph Hopkins, professor of music and dean of the School of the Arts. “We wanted a highlight concert to kick off our celebration. Mozart’s Requiem is one of the defining works of music history.”

The celebration also represents a convergence of other milestones in the university’s rich arts programs, which date to Samford’s predecessor, Howard College.

“There was music, theatre and art all along, but the School of Music started 100 years ago,” Hopkins said. “Then 80 years ago, the Department of Theatre started; 75 years ago, the art department started; and 40 years ago,  Wright Center and Harrison Theatre were built.”

Proceeds will go toward the new scholarship and be will awarded by the Legacy League, a volunteer organization that traces its roots to Howard College in 1902. The Legacy League’s core mission is need-based scholarships. It hosts events such as the Christmas Home Tour (this year on Dec. 10), luncheons and programs featuring speakers, artists, musicians and authors to raise funds. Last year, it raised $100,000.

“We help students who have gone through things like foster care, the death of a parent or growing up in an inner city,” said the Legacy League’s director of development Sharon Smith. “This year, our focus is to collaborate with the School of the Arts in celebration of their centennial."

Tickets for concert are $25 for adults, $6 for students (tax-deductible). They can be purchased at tickets.samford.edu or at the Harrison Theatre Box Office, 205-726-2853. Centennial Celebration events continue March 10–13 with Shakespeare’s A Midsummer Night’s Dream, part of the Michael J. and Mary Anne Freeman Theatre and Dance Series, and April 28–May 1 with Leonard Bernstein’s On the Town, presented by the Dr. Chandler and Jane Paris Smith Opera Series.

Michael Huebner is a news and feature writer for Samford Arts.