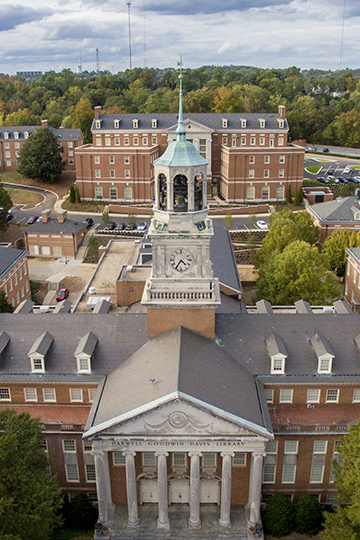 Samford University’s board of trustees took several significant actions around academics and facilities during its regular winter meeting Dec. 1 in Birmingham.

Trustees approved 247 candidates for Dec. 12 graduation, pending fulfillment of degree requirements. “It always is an honor to get to make this recommendation,” said Samford Provost J. Michael Hardin. “This is why we are here, to graduate these students so they can change the world.” Following their tradition of each semester, trustees had a special prayer for the graduates.

A new Veterans Bachelor of Science in Nursing was approved to provide “quality nursing education” to military veterans interested in nursing careers, according to university officials. The university recently received a grant to help fund the new program.

Also approved in Ida V. Moffett School of Nursing were three new Doctor of Nursing Practice (D.N.P.) degree programs: a Bachelor of Science in Nursing (B.S.N.) to D.N.P. and an RN to D.N.P. with concentrations in family nurse practitioner, leadership across the continuum of care and leadership in legal and ethical health care, and a B.S.N. to D.N.P. in nurse anesthesia.

Andrea Bowens was approved as assistant professor of physical therapy. She currently is a physical therapist with Encore Rehabilitation in Birmingham and earned her doctorate from the University of Florida.

“Students across the U.S. are finding us in a variety of ways and continue to be interested in the kind of institution that Samford is,” said R. Phil Kimrey, vice president for student affairs and enrollment management.

Drew Cundiff, a financial services executive from Birmingham, was attending his first meeting as a new trustee. Retiring trustees who were recognized include Birmingham physician Lev Bragg, Trussville pastor Buddy Champion and attorney Clark Watson. Bragg and Champion had served the maximum term as trustees, and Watson recently joined the university's administration as general counsel.