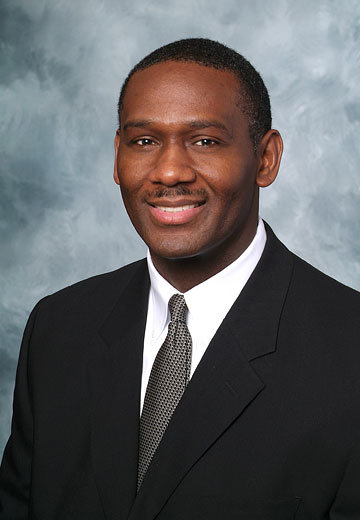 Tim Vines, a Birmingham-based executive with Blue Cross Blue Shield of Alabama, has been elected as chair of Samford University’s board of trustees.

Vines, who is chief administrative officer for Blue Cross Blue Shield, has served as a Samford trustee since 2011. He has been serving on the board’s executive committee, and as chair of the Student Affairs and Enrollment Management Committee.

Vines was elected as board chair Dec. 1. He succeeds William J. Stevens of Birmingham, who had served the maximum four-year term as chair.

“I am truly humbled at the opportunity to serve as board of trustees chair at Samford University,” Vines said. “There is no finer university that combines academic excellence with the mission of nurturing individuals in the development of intellect, creativity, faith and personhood. Samford is a place where Christ is glorified and service to others is encouraged. Therefore, it is a privilege for me to serve the administration, employees and students in this role.”

Samford President Andrew Westmoreland said Vines’ election comes at a pivotal time for Samford, with campus expansion and a major redevelopment of the campus master plan underway, new academic programs being added annually and plans being made for the next fundraising campaign to coincide with the university’s 175th anniversary.

“Tim continues a long tradition of outstanding board chairs for Samford University,” Westmoreland said. “His executive management experience, combined with his strong commitment to Samford’s Christian mission, will provide the high level of positive trustee leadership needed at this important time in the university’s history.”

A graduate of Auburn University, Vines has been with Blue Cross Blue Shield for 21 years. He has served in several senior leadership roles and currently is responsible for all aspects of enterprise resources, information technology, legal services and finance.

Vines and his wife, Toni, have three children. They are active members at Birmingham’s Shades Mountain Baptist Church, where he is a member of the church’s finance committee and choir, and previously served as a deacon. He also serves on the board of directors for the Alabama region of the American Red Cross and the Better Business Bureau serving south and central Alabama.