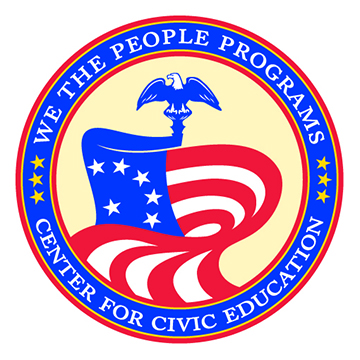 Students from five north Alabama high schools will test their knowledge of the U.S. Constitution and the Bill of Rights when they compete in simulated congressional hearings at Samford University Friday, Jan. 22.

The competition is based on a “We the People: The Citizen and the Constitution,” program administered by the Alabama Center for Law & Civic Education (ACLCE) at Samford’s Cumberland School of Law.

As they demonstrate knowledge gained through the We the People material, the teams will evaluate, take and defend positions on relevant historical and contemporary issues discussed in classroom sessions held at their schools during the fall. The curriculum is designed to educate young people about the history and principles of the Constitution and Bill of Rights and encourage civic engagement.

In the competition, students become expert witnesses on a unit in the text and testify in small groups before a panel of judges acting as U.S. congressional representatives. Students are judged on six criteria: understanding, constitutional application, reason, supporting evidence, responsiveness and participation. Eighteen professionals, including attorneys, a circuit court judge and a Cumberland School of Law student, will act as judges.

The simulated hearings give students an opportunity to demonstrate their knowledge while providing teachers a good way to assess student learning, according to ACLCE executive director Alan Stevens.

“So often, students only take written tests to evaluate their level of knowledge. With the hearings, the students will not only demonstrate their knowledge through an oral presentation, but they will also have the opportunity to engage in a spirited dialogue with law-related professionals who will probe the students’ broad understanding of what they have learned,” Stevens said.

Prior to Friday’s event, the students have had at least 40 hours of instruction in We the People material that social studies teachers have incorporated into regular classroom lessons. In most cases, students have spent six weeks preparing intensively for the hearings, often with after-school and weekend practice sessions.

On Friday, Vestavia will defend a nine-year string of state championships. This year’s winner will advance to national competition sponsored by the Center for Civic Education in Washington, D.C., in April. Vestavia has finished in the top 10 in national competition for the last eight years.

The state competition will take place in first- and second-floor classrooms in Cooney Hall (Brock School of Business building) from 10 a.m. until 12 p.m.  The closing ceremony and awards presentation will be in Brock Forum, located in Dwight Beeson Hall, at 1:10 p.m. The public is invited.