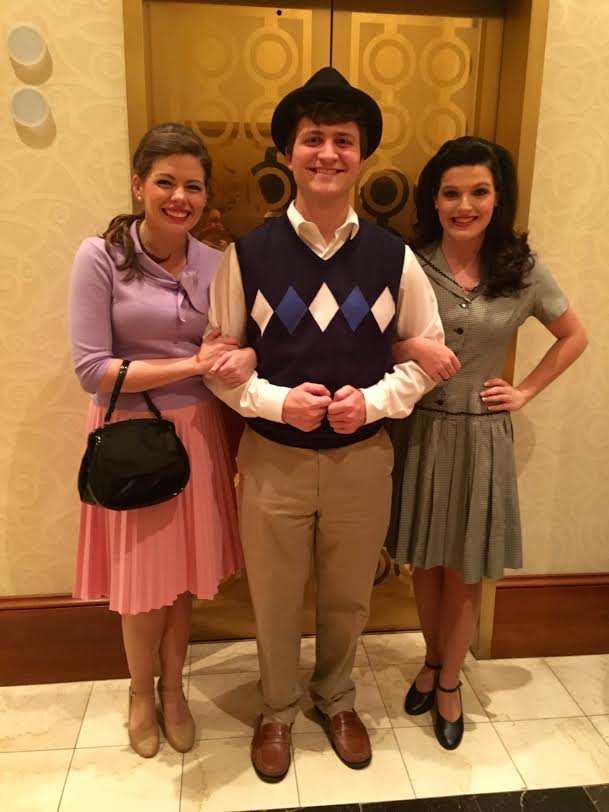 For the second consecutive year, Samford University opera students have captured a prestigious award at the National Opera Association convention.

Three undergraduate students performed a scene from Frank Loesser’s How to Succeed in Business Without Really Trying, placing second in the musical theatre division of the 2016 Collegiate Opera Scenes Competition. They faced stiff competition from much larger institutions, such as Michigan State, Illinois and Bucknell universities.

“This was a national competition,” said Kristin Kenning, director of opera and assistant professor of voice at Samford. “Singers came from Texas, Michigan, Illinois, and all over the Midwest and South. There was a preliminary competition online, and a committee narrowed it down to 12.”

Held Jan. 6–10 in Indianapolis, the convention hosted workshops and lectures on a variety of subjects, from vocal and collaborative piano performance to recital story telling. Kenning participated in a panel discussion on Douglas Moore’s opera, Carry Nation.

Kenning described the scene from Loesser’s How to Succeed as simple, straightforward and cute.

“It’s a trio from Act 1,” she said. “The singers are waiting for an elevator. Two of the characters, played by Madilyn and Reid, have a crush on one another, and the other character, played by Holly, tries to tell each of them what to say and how to react, pushing them together even though they’re repelling like magnets. It’s simple and straightforward and cute.”

Kenning, who has worked extensively in music theatre as well as opera, was thrilled about the award and the competition.

“We’re really excited about it,” she said. “We went with a different scene last year and couldn’t believe we got to second place. This year, it happened again — it’s like déjà vu. We’ll keep applying every year.”

Michael Huebner covers Samford Arts for the Office of Marketing and Communication.