Samford Ranks in Top 50 for Value 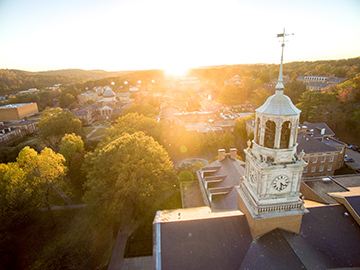 The rankings were released online in December and will be featured in the February issue of the magazine.

“The latest rankings from Kiplinger’s continue a national trend for Samford to be recognized and ranked for academics, value and affordability,” said Betsy Bugg Holloway, Samford’s chief marketing officer. “While these rankings are just one measure of an institution’s effectiveness, they affirm Samford’s national reputation as one of the premier private universities in the U.S. I am pleased to see that we have risen again in the Kiplinger's rankings and that Samford continues to be recognized among the best values in the nation.”

Kiplinger’s assesses value by measurable standards of academic quality and affordability. Quality measures include the admission rate, the percentage of students who return for sophomore year, the student-faculty ratio and four-year graduation rate. Cost criteria include sticker price, financial aid and average debt at graduation. Many schools, including Samford, have appeared on the list multiple times, a testament to the consistent value these colleges provide, according to Kiplinger’s officials.

“We start with a universe of 1,200 schools, so each school on our rankings, from number 1 to number 300, is a best value,” said Janet Bodnar, editor of Kiplinger’s. “Families can use the list as a starting point and then tailor it to each student’s preference for such things as size, location, campus culture and major.”