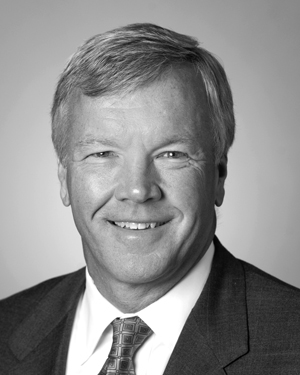 Samford University alumnus and Birmingham business executive Eddie Miller has been named advancement officer for Samford’s Brock School of Business. Miller will work with Dean Howard Finch and Doug Wilson, Samford’s assistant vice president for development, in fundraising for the business school. Before accepting this position, Miller served on Samford’s board of overseers, the Samford Athletics Foundation and the Brock School of Business Advisory Board.

“As an alumnus of Brock School of Business and former member of our dean’s advisory board, Eddie brings a wealth of business experience and a love for Samford,” said Finch. “His extensive network of Birmingham and Samford community contacts will help build on the relationships we already enjoy, and cultivate new sources of support that will allow us to achieve our strategic goals.”

Miller graduated with Samford in 1974 with a business degree. He was an executive with Bodine Inc., a family-owned office furniture company that was sold in 2009. Most recently, he has been executive director of Ladders Up, a nonprofit devoted to training 16–25 year olds to get higher paying jobs.

“Samford is fortunate that Eddie Miller was interested in taking on this strategic role of cultivating friends and financial support for Brock School of Business,” Wilson said. “He has demonstrated his commitment to Samford and to the larger community.”

Miller has been a member of the Rotary Club of Birmingham for 35 years, serving as president in 2004–05. He also has served on the board of the Community Foundation of Greater Birmingham, Salvation Army, Cornerstone Schools of Alabama and the Children’s Aid Society.

"I am so pleased and proud to be part of this fine university that has shaped my life for the last 45 years,” Miller said.

Miller is part of a multigeneration Samford family. The press box at Samford’s baseball stadium is named for his father, the late Carl Miller, a 1950 Samford graduate. His wife, Gayle, also is a 1974 Samford graduate. Their son, Bud, earned a business degree at Samford in 2000. Carl, Eddie and Bud all were student-athletes at Samford.