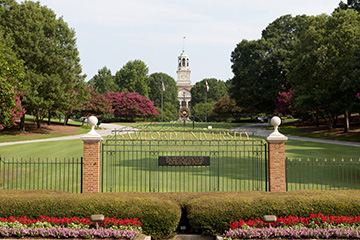 Poet Major Jackson will read his work at Samford University March 14 as part of the Birmingham Area Consortium for Higher Education (BACHE) Visiting Writers Series. The reading, in the Howard Room of University Center, will begin at 7 p.m. and conclude with audience Q&A and a reception.

Jackson’s poetry is filled with dense imagery, sensory experience and geographical movement. His poems often explore the experience of moving through the world as a gendered and racially defined body. In his most recent book of poetry, Roll Deep, his narrators roam the world: a cruise on the Aegean Sea, a walk through his native Philadelphia, a car through war-torn Somalia. In each of his poems, the individual scans the landscapes for signs of a shared humanity and a humanistic tradition that spans history, geography, race and gender. These are compelling and rich poems by a writer who expresses exuberance for what language can do.