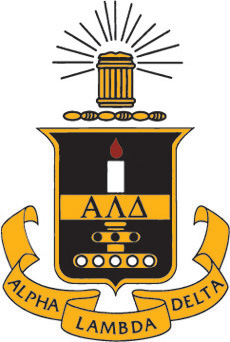 Samford University inducted 120 freshmen into Alpha Lambda Delta (ALD) freshman honor society April 5. To qualify for ALD, students must be in the top 20% of their freshman class and have at least a 3.5 GPA.  At Samford, the GPA cut-off is 3.8.

“I really appreciate the fact that ALD celebrates the first year of college when there are so many challenges and transitions in life,” Speights-Binet said. “By focusing on that first year of college, ALD is acknowledging that education is a journey, and the beginning and middle of the journey are just as important as the end.”

Senior Samuel Hahn was awarded the Maria Leonard Senior Book Award as the senior ALD member with the highest GPA.

New ALD officers installed at the event included the following:

Founded in 1924 at the University of Illinois, Alpha Lambda Delta today has more than 270 chapters throughout the United States. More than 850,000 students have been initiated into membership since the first chapter was started.