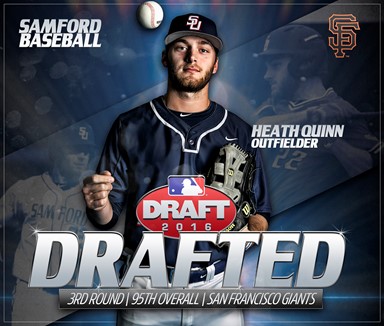 All-American Heath Quinn was chosen in the third round by the San Francisco Giants, the second highest draftee in Samford history.

Infielder Alex Lee was drafted by the Atlanta Braves, and infielder Hunter Swilling was selected by the Detroit Tigers.