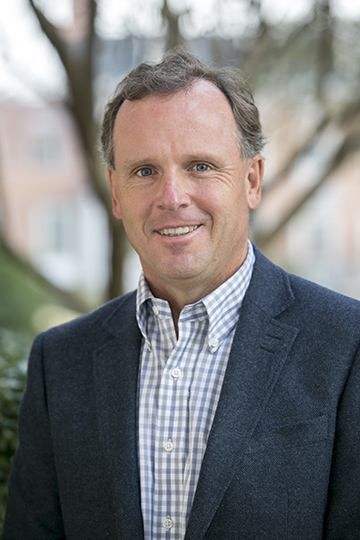 Hillary Clinton emerged as the victor in Monday’s first presidential debate, according to Samford University political science professor Fred Shepherd, because the venue is well-suited for her skills.

“She didn’t quite get a knockout punch, but I thought the debate highlighted some of her strengths,” Shepherd said, “and maybe some of the quirks of the Trump candidacy.”

Shepherd, who chairs Samford’s political science department, spoke on WVSU-FM’s Higher Ground, a weekly political discussion program featuring Samford faculty and students. He said the debate stage is a better venue for the former senator and Secretary of State than for Trump.

“There’s a sense that he’s a successful businessman, and successful entertainment and media figure, but maybe there’s not so much a sense of accountability,” Shepherd said. “I think it kind of caught him off guard that he was being pressed, partly by the moderator but especially by his opponent, on the things he said. You could see his difficulty reacting to that.”

Shepherd said his students this fall have been tuned in to the presidential campaign, and there’s an even representation of opinions.

“The conventional wisdom is about cynical, disengaged college students, and I just don’t see that,” Shepherd said. “There’s curiosity and interest, and a lot these people will be voting for the first time. It’s fascinating to look at how they perceive it.”

Shepherd’s full comments on the debate and what to look for going forward in the campaign can be heard on WVSU’s Higher Ground Wednesday at 5 p.m., and then on-demand at samford.edu/wvsu.