Samford to Celebrate Hispanic Heritage Month with Vargas, Other Events 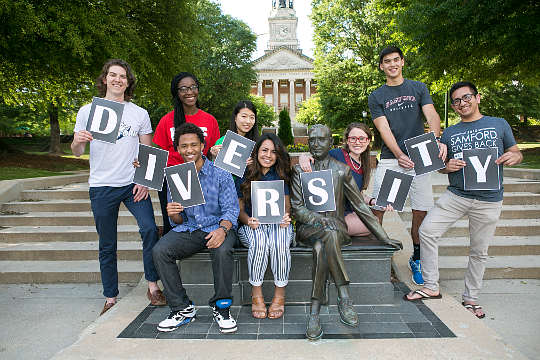 Vargas will speak at 6 p.m. Sept. 20 in Samford University’s Reid Chapel. His presentation is being cosponsored by Samford’s Office of Diversity and Intercultural Initiatives, Latino Student Association and Latin American Studies program, and the Adelante Alabama Worker Center.

Vargas is cofounder of the Dream Action Coalition and has been active with the youth-inspired DREAMer movement for immigration reform and advocacy, especially for undocumented immigrants.

Vargas was brought to New York from Mexico at age 5 after his father’s death. He was an honors student in both college and law school. As an undocumented law graduate, he led the fight for equal opportunity and access to the practice of law.

He applied to join the New York State Bar in 2012, but the Second Department’s Committee on Character and Fitness recommended against his application because of his immigration status. In June 2015, after nearly three-year legal battle, a five-judge panel in New York ruled that Vargas could be admitted to practice law. He was sworn in Feb. 3, 2016, making history as the first undocumented lawyer to openly apply to the state of New York.

“Cesar Vargas’ journey is an inspiring one that demonstrates the power of perseverance and educational opportunity,” said Samford professor Carlos Aleman. “But, it is also a cautionary tale that reminds us that we may be losing some of our brightest young minds if we do not allow them to participate in the American Dream.” Aleman is assistant professor of history and director of the university’s Latin American Studies program.

Isabel Rubio of the Birmingham-based Hispanic Interest Coalition of Alabama will speak at 10 a.m. Sept. 15 in Reid Chapel to kick off the Hispanic Heritage Month celebration.

Books and toys for the East Coast Migrant Head Start Project will be collected Sept. 20–21 from 11 a.m. to 1 p.m. in Ben Brown Plaza for children 3  to 5 years old. This supports Samford’s ongoing ministry relationship with the Chandler Mountain region of Alabama.

Gwendolyn Ferreti, founder of Somos Tuscaloosa, will speak at a “Lunch and Learn” event at 11:30 a.m. Oct. 6 in the Howard Room of Samford’s Beeson University Center. Her topic is “The Intersection of Scholarship and Social Justice.” Ferreti’s Tuscaloosa, Alabama–based nonprofit focuses on immigration reform. The lunch is free but advance registration is requested.

The film, Latino Americans Educational Politics, will be shown Oct. 13 at 5:15 p.m. in Samford’s Christenberry Planetarium.

All of the events on the Samford campus are free and open to the public.

The Samford community will participate in the annual Fiesta Birmingham Oct. 1, starting at 10 a.m. in downtown Linn Park. Admission is $5.

Olivia Odom, a journalism and mass communication major and news and feature writer in the Division of Marketing and Communication, assisted with reporting for this story.