Panel Discussion on Race and Law Set for Oct. 6 at Samford 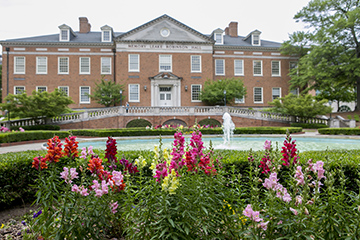 Samford University’s Cumberland School of Law Cordell Hull Speakers Forum, Student Body Association and Black Law Students Association are presenting “Bridging the Gap: Walking with Experience,” a panel discussion on race and how it relates to the law, as well as the social aspects of racial disparity, featuring Cumberland School of Law alumni Judge Houston Brown and Judge John Carroll. Another Cumberland alumna, Martha Cook ’96, will moderate the event.

The panel discussion will take place in the John L. Carroll Moot Courtroom at 11 a.m. Oct. 6. The event is free and open to the public, and offers 1.3 hours of CLE credit.

Brown was in private practice until 2000, when Alabama Gov. Don Siegelman appointed him as a civil division judge of the 10th Circuit in Jefferson County. Brown’s fellow judges unanimously elected him as presiding judge, making him the first African-American presiding judge in this circuit. He served in that position from 2000 until his retirement in 2015.

After graduation, Carroll was named legal director of the Southern Poverty Law Center in Montgomery, Alabama. He served as a United States magistrate judge in the Middle District of Alabama from 1986 to 2001, when he became dean of the law school. After 12 years, he stepped down as dean but continues to teach courses.

A reception will follow in Cumberland School of Law’s Great Room at the conclusion of the panel.