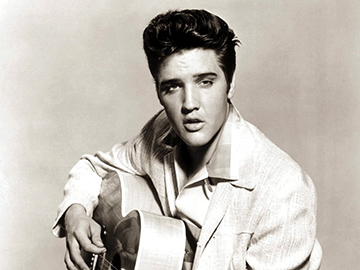 Samford University’s Wright Center Signature Series is presenting an evening of gospel music at 7 p.m. Nov. 18 with “Elvis and J.D.: A Gospel Celebration.”

Hill played with Elvis Presley, and he was the voice of the familiar saying, “Elvis has left the building.” According to Wright Center Director Kenny Gannon, J.D. Sumner and Presley were great friends, and gospel music influenced Elvis’ music career from an early age. This concert celebrates both of these influential musicians.

“This concert will share music that all of us love,” Gannon said. “Both quartets have members that are truly legendary in the gospel world.”

The event is part of the Wright Center Signature Series, which has several upcoming spring concerts. The Assad Brothers classical guitar duo will perform Feb. 21 in Brock Recital Hall. This performance is cosponsored by the Davis Architects Guest Artist Series and the Birmingham Chamber Music Society.

Rain: A Tribute to the Beatles, a multimedia spectacular, will take place April 6. Grammy Award–winning Steven Curtis Chapman will be at Wright Center April 22 with the Alabama Symphony Orchestra. Tickets for this performance are available through alabamasymphony.org