‘Forever Samford’ Campaign Sets the Course for the Future 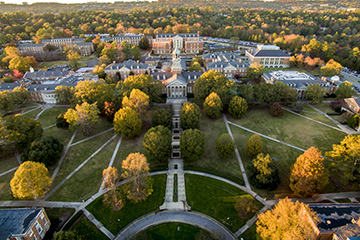 Securing Samford University’s financial future is the goal of a new fundraising campaign that has been announced publicly.

Forever Samford is a six-year, $300 million capital campaign that is the largest undertaking of its kind in Samford University’s 175-year history. It will help to provide the financial foundation for scholarships, academic programs and facilities as Samford continues to prepare and send dedicated, thoughtful, ethical people out into the world.

“Samford’s 175-year history is one of academic excellence and leadership,” said W. Randy Pittman, Samford’s vice president for advancement. “As a private Christian university, we remain firmly rooted in our Christ-centered mission while continually expanding education opportunities and experiences for our students. Samford’s vision to be innovative in teaching, learning and research relies on the strength of our faculty and academic programs.” The Forever Samford campaign exceeds the previous record campaign of $202 million that ended in October 2014.

Pittman noted the extensive input from thousands in the Samford community for the campaign and goals, including surveys and listening sessions. Four major goals emerged from this feedback:

Scholarships, $90 million
Although we strive to keep tuition affordable, the total cost of a four-year undergraduate degree from Samford now approaches $160,000. Generous scholarships enable us to open our doors to student leaders, many of whom could not otherwise afford to attend, whose talents and achievements will have a wide influence.

Academic Programs, $90 million
Endowed professorships and ample research funds enable us to better support the outstanding faculty we have, and to attract talented new scholars and teachers. We also can continue to grow the depth and breadth of our rigorous academic programs.

Places and Spaces, $60 million
While our campus is beautiful and functional, many of our facilities are in their seventh decade, and are in need of upgrading and renovation. We are building innovative new spaces to house relevant academic programs. We also are creating new gathering spaces where both campus and community can come together to share ideas and inspiration.

A Solid Foundation, $60 million
It costs $165 million per year to operate a quality university such as Samford. Only 70 percent of Samford’s annual operating budget is covered by tuition and fees. Closing the gap will sustain the momentum and progress that has made Samford a top nationally ranked university.

Samford alumni William J. and Kimeran Brown Stevens of Birmingham are serving as cochairs of the campaign steering committee. Both are 1970 Samford graduates. He is retired chairman and chief executive officer of Birmingham-based Motion Industries, and a former chair of Samford’s board of trustees. She is an active community and church volunteer, including work with the Samford Legacy League.

“The Stevenses are uniquely qualified to lead this ambitious fundraising effort for their alma mater,” Pittman said. “Their lives have been closely intertwined with the university for decades, and their love for and commitment to Samford will be an example to others.”

Other volunteers are being enlisted to assist with the campaign steering committee, Pittman added, with the goal of asking each alumnus, employee and friend of the university to participate.

“There are many ways to support Forever Samford, from traditional cash gifts or charitable bequests to giving of your time and talent,” Pittman said. “Your contribution makes a difference.”