Published on January 11, 2017 by William Nunnelley   Share this on: 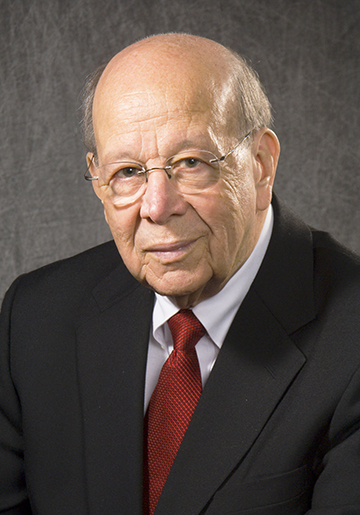 H. Lindy Martin, who served in the Samford University division of student services for 27 years, died Jan. 9 in Birmingham. He was 85. Martin joined Samford in 1957 at the time of the school’s move from East Lake to its new campus on Lakeshore Drive in Homewood. His wife, Sue, recalled that he drove a truck to help move school holdings from the old campus to the new.

Martin was dean of student services for 13 years (1970–83). He began his Samford tenure as director of men’s and women’s housing, and served as director of student affairs and director of auxiliary services prior to being named dean. He was also an assistant professor of education and psychology, and taught courses in American Indian history and culture. He served as Samford’s golf coach.

Martin’s family suggests memorial gifts to the H. Lindy Martin Endowed Scholarship at Samford. The scholarship was established in his honor in 2016 to help undergraduate junior and senior students of need who are studying to enter the full-time ministry.

Martin came to Samford from Auburn University, where he earned his Master of Science in Education degree in counseling and psychology and served as a counselor. Prior to that, he was pastor of Ten Mile Baptist Church in Lumberton, North Carolina. His undergraduate Bachelor of Arts degree was from the University of North Carolina–Pembroke.

Martin was also a pastor for much of his adult life, serving a number of churches as a full-time minister or interim. Since 2007, he had served as outreach consultant for Mountain Brook Baptist Church.

In addition, he had a ministry to Indian reservations for 40 years. “Up until recently, a lot of them were in poverty,” he told The Alabama Baptist newspaper. “I would collect money, food and clothes for people of the reservations.” It was his favorite ministry, he told the newspaper.

Martin was an active Rotarian and charter member and past president of the Vestavia Hills Rotary Club.

Martin is survived by his wife and their six children and 10 grandchildren.

Services will be Saturday, Jan. 14, at Mountain Brook Baptist Church. Visitation will be at 2 p.m. and a memorial service at 3 p.m.