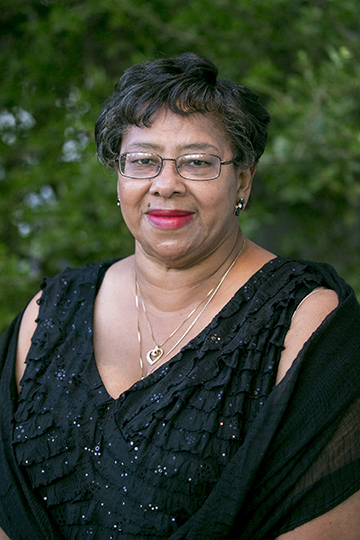 Nursing alumna Frances Ford is a legend in Perry County, Alabama, and throughout the region. Known as “Miss Fix It” and the “Angel of Perry County,” she has spent the majority of her career working to improve the lives of people in Alabama’s Black Belt.

The award highlights a graduate whose local touch has a global reach through leadership and service to others.

Early in her nursing career, she earned a reputation as a passionate advocate for patients, health care organizations and physicians by working tirelessly to ensure that the citizens in the area had access to quality, cost-effective care.

In 2000, Ford was named health care coordinator for Perry County. She worked diligently to begin rebuilding health care infrastructure in the community after the closure of the county’s hospital in the same year. Her efforts increased the number of health care professionals, expanded the services of clinics, removed regulatory barriers inhibiting the delivery of services and brought renewed hope to her community.

Ford was quickly recognized as an energetic visionary leader who understood the challenges of rural medicine. Her work resulted in a change to a 40-year-old regulation that prohibited dialysis in communities without hospitals. She convinced state and federal officials to establish a primary care facility for people in poverty. She also developed and led an initiative to provide children in poverty with health insurance, achieving a tenfold increase in their coverage.

In 2005, Ford was named executive director of Sowing Seeds of Hope, and she continues to serve in that role today. Under her leadership, the organization improves access to quality health care, fosters economic development, coordinates volunteers for housing improvements among the poor, offers prescription assistance and provides numerous other outreach initiatives to the people of Perry County and surrounding areas.

Earlier this year, in recognition of her outstanding impact on patient care in underserved areas of Alabama, Ford was inducted into the Alabama Healthcare Hall of Fame. Her impact on these individuals and communities will be felt for years to come.

Ida Moffett School of Nursing honored seven alumni at the annual Courage to Care Gala Oct. 7. Honorees, including Living Legacy award recipient Frances Ford, were cited for their adherence to the maxims of the school’s namesake, the late Ida V. Moffett, and their outstanding contributions to the nursing profession.