Published on January 3, 2017 by William Nunnelley   Share this on: 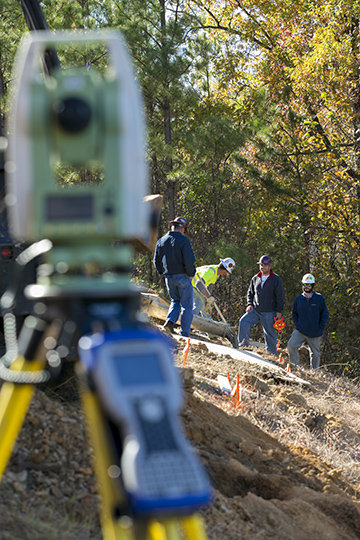 It has been six decades since Samford University relocated to its Homewood site from East Lake. While the campus continues to be noted for its architectural beauty, some of it 2.5 million square feet of buildings are almost 60 years old, with attendant problems of age. And, some campus buildings constructed much later lack important energy, water and cost saving efficiencies.

In light of this, Samford has undertaken a comprehensive plan to address infrastructure needs for the entire campus, increase energy efficiency, practice campus-wide conservation, and refresh and renew every facility. The infrastructure plan supports a larger updated campus master plan announced during the fall and is expected to generate more than $1.65 million in savings annually.

“The goal of heightened conservation is built within our stated core values [‘stewardship of all resources’] and our strategic plan,” noted President Andrew Westmoreland in a recent message to the campus.

The infrastructure improvement program represents a $31 million effort approved by Samford’s board of trustees to implement conservation projects in virtually every area of the campus over the next 24 months. Westmoreland noted that capital funds for the improvements will come through a contract with Johnson Controls Inc. (JCI), a global leader in the manufacture and promotion of energy efficiency technologies.

“The expense of the projects will be provided through JCI, and those funds will be repaid through the energy savings we will achieve over the JCI contract term,” Westmoreland explained. “In the process, we will provide a cleaner, safer environment, reduce energy expenses, reduce our carbon output and accomplish considerable improvements to many of our facilities.”

The plan is structured so that there will be no diversion of resources away from other Samford operations or programs, nor will there be a negative impact on tuition and fees paid by Samford students, he noted.

The plan includes the following:

A rainwater harvesting system at Sherman Circle to recapture and filter storm water that can be used for irrigation, as well as wells to provide irrigation for intramural fields and the Track and Soccer Stadium.

“The net impact of the changes should be a reduction of more than 15,000 metric tons of carbon dioxide each year and an annual savings of more than 20 million gallons of water,” said Westmoreland. “Given Alabama’s current drought, it’s difficult to overstate the importance of our commitment.”

University officials said that additional details will be communicated as the individual projects begin implementation.