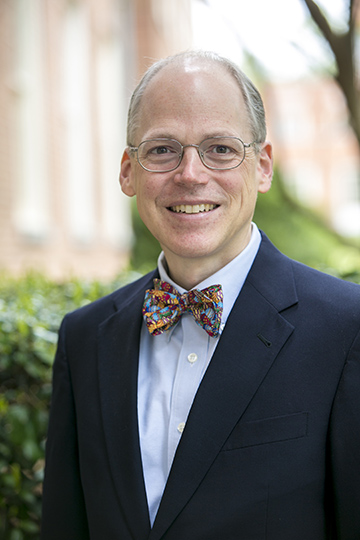 Samford University religion professor David Bains coedited the recently published book The Development of the Church: The Principle of Protestantism and Other Historical Writings of Philip Schaff.

Schaff (1819–93) was a German-educated Swiss scholar who taught at the German Reformed Seminary in Mercersburg, Pennsylvania, at a time of Catholic and Protestant conflict. The new book is the third volume in The Mercersburg Theology Study Series, which presents key writings of the 19th-century theological movement led by Schaff and seminary colleague John Nevin.

“The theology Schaff and Nevin taught at Mercersburg was distinctive because it was a form of Protestantism that emphasized the sacraments and the church as a divine institution that included all Christians—Catholics and Protestants,” said Bains, who serves as S. Louis and Ann W. Armstrong Professor and interim chair of the religion department. “Because he had so many good things to say about Roman Catholicism, other pastors accused him of heresy.”

Bains said Samford classics alumnus Adam Borneman ’05 contacted him about editing a volume in The Mercersburg Theology Study Series. Borneman published his own book on Nevin, Church, Sacrament, and American Democracy: The Social and Political Dimensions of John Williamson Nevins Theology of Incarnation, in 2011.

Bains took on the project with coeditor and former Harvard University classmate Theodore Trost, now professor of religious studies and new college at the University of Alabama. The pair then spent five years editing, compiling, annotating and explaining Schaff’s writings.