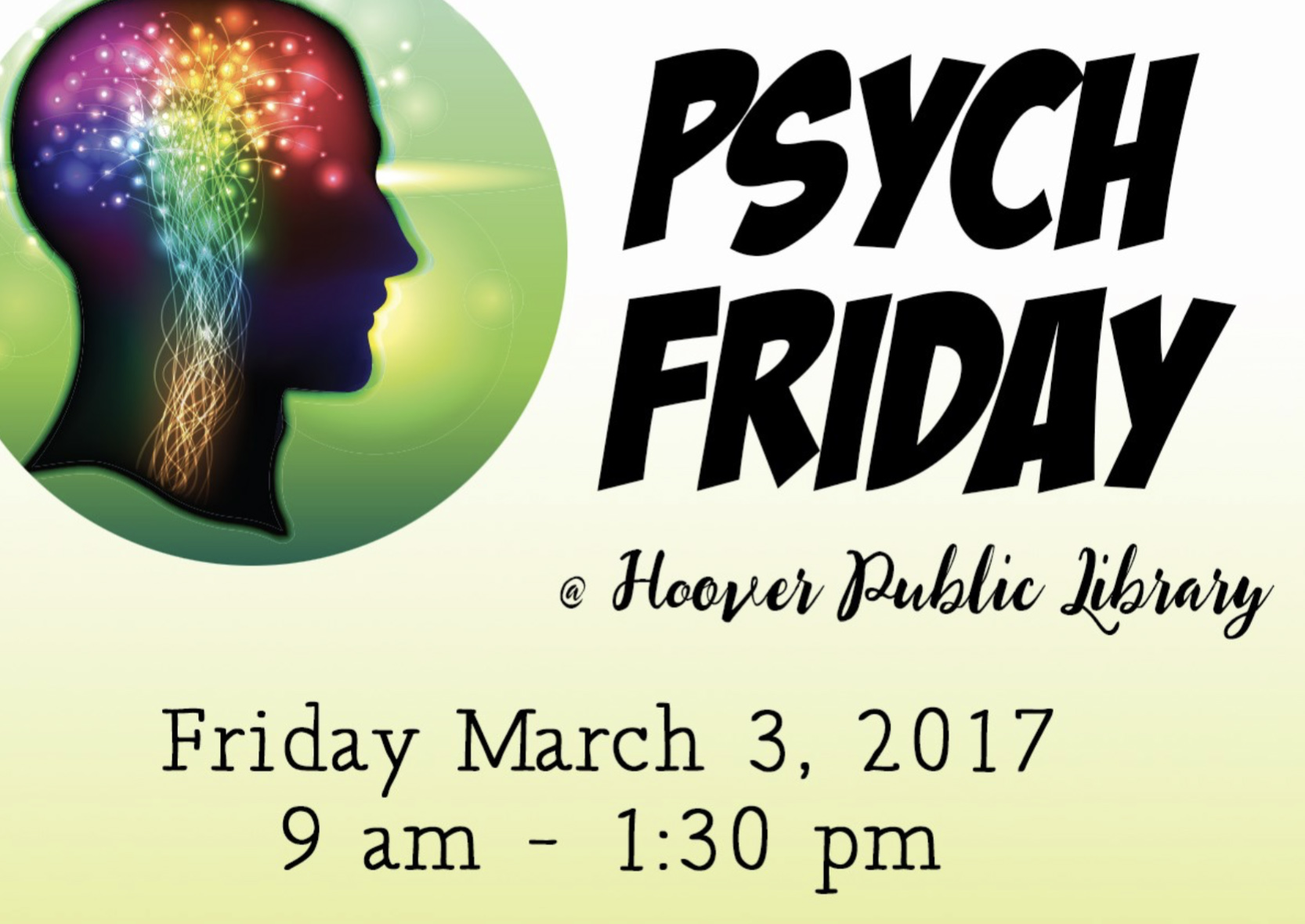 Supported by a grant from the American Psychological Association, Psych Friday is open to teachers, high school students and other interested audiences.

Stephen L. Chew, Samford psychology department chair and a 2011 U.S. Professor of the Year, worked with local educators Amy Fineburg, Brett Harvard and Trudy Loop to organize Psych Friday and secure the grant. “We thought a program at the library would be a great way to showcase psychological science to the public, and to demonstrate how fundamental it is to all aspects of our lives,” Chew said. “The program will also give our students a chance to show what they learn as college psychology majors and what career paths are open to them.”

The event will explore what psychologists have discovered about brain, mind and behavior, from basic research to therapeutic applications.

Students from the Altamont School, and Samford psychology professors Jack Berry and Amanda Howard will join Chew and Siegfried in leading sessions.

Concurrent Sessions
• Clinical and Counseling Careers in Psychology
• Cognitive Psychology: It’s Not What You Think, but It Is What You Think
• The Psychology of Implicit Bias and Stereotyping
• Childhood Attachment and Trauma
• Personality and Brain Function