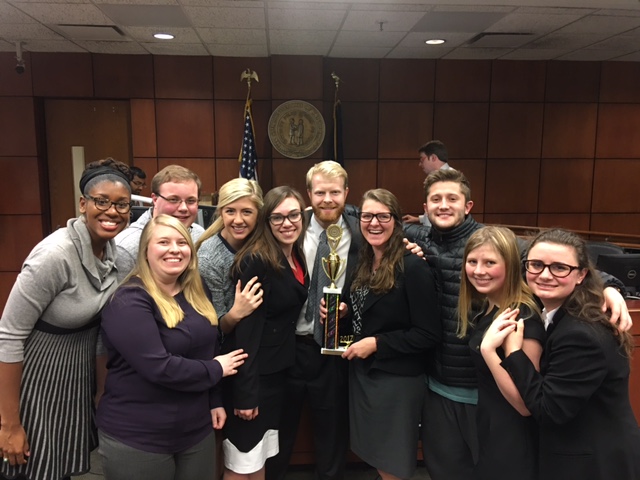 Samford University’s mock trial team earned regional honors at the American Mock Trial Association (AMTA) Regionals competition at Bellarmine University in Louisville, Kentucky, Feb. 24–26, and qualified for the national Opening Round Championship Series in March. This is the first time Samford has qualified for the opening rounds since 2010 and only the second time since the team’s inception.

To qualify for the national opening rounds, Samford’s team competed against teams from Lee University, Vanderbilt University and the University of Alabama at Birmingham. The students presented both the plaintiff and defense sides of an age discrimination case.

“The experience really bonded the team and taught us a lot about what our careers may look like,” said team cocaptain Lexi Gilbert.