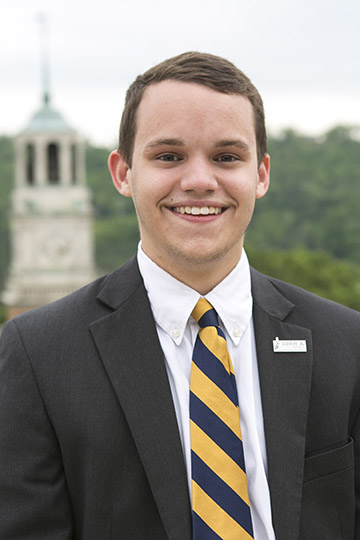 A scholarship has been established at Samford University in memory of student Avery Joseph White, who died Jan. 30.

The scholarship will honor the memory of White by providing financial support for a current Brock School of Business student. White was a senior in the business school, where his father, Darin, is a professor. White, 21, was pursuing a triple major in finance, accounting and computer science, planning ultimately to pursue a doctorate in finance.

Contributions to the scholarship can be made online or via mail to University Advancement, Samford University, 800 Lakeshore Drive, Birmingham, AL 35229.

A memorial service celebrating White’s life was held Feb. 4, at Church of the Highlands Riverchase Campus in the Birmingham suburb of Pelham. A campus prayer service was held Jan. 31.

White is survived by his parents, Darin and Laura White; his brothers, Daniel, Corey and John; his sisters, Bethany, Hannah and Abigail; his paternal grandparents, Russell and Linda White; and his maternal grandparents, Warren and Katherine Weed, and Howard and Shannon Houser.

Samford is a leading Christian university offering undergraduate programs grounded in the liberal arts with an array of nationally recognized graduate and professional schools. Founded in 1841, Samford is the 87th-oldest institution of higher learning in the United States. The Wall Street Journal ranks Samford 1st nationally for student engagement and US News & World Report ranks Samford 37th in the nation for best undergraduate teaching and 97th nationally for best value. Samford enrolls 5,758 students from 48 states and 22 countries in its 10 academic schools: arts, arts and sciences, business, divinity, education, health professions, law, nursing, pharmacy and public health. Samford fields 17 athletic teams that compete in the tradition-rich Southern Conference, and ranks 1st nationally for its Graduation Success Rate among all NCAA Division I schools. 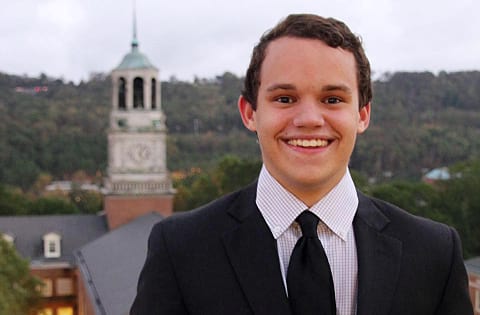