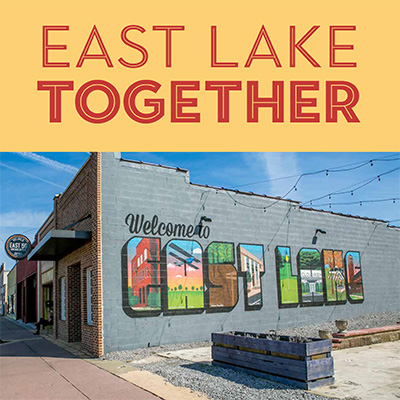 Michelle Little, director of Samford’s Oral History Program, said she wanted to hear from East Lake residents about what the community was, is and can become because Samford was part of the community for 70 years (1887–1957), and East Lake helped make the university what it is today. “If you think about it, we were in East Lake for a longer period of time than we have been in Homewood so far, and for longer than we were ever in Marion,” Little said. “I think it is very important for Samford to try to be involved in the East Lake community.”

Little said meeting Samford Spanish alumna Amber Tolbert ’11, co-owner of the East 59 Vintage & Café, helped inspire the project. The café began as a 2013 REV Birmingham Pop-Up Shop Project. Tolbert moved to East Lake in order to be involved in the community. “It just seemed like the perfect place to do the interviews,” Little said.