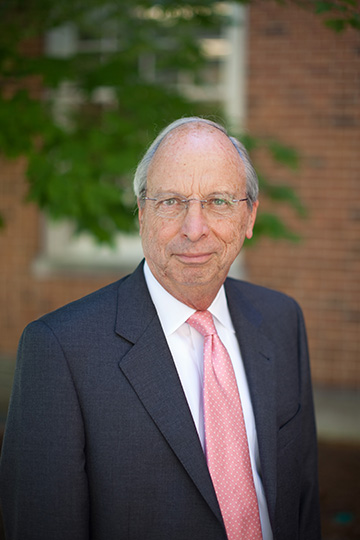 John L. Carroll, law professor and former dean of Samford University’s Cumberland School of Law, has been named the 2017 recipient of the Brewer-Torbert Public Service Award by the Alabama Appleseed Center for Law and Justice.

The award, named in honor of Alabama Appleseed founding board members Albert Brewer and Bo Torbert, is given annually to an individual in Alabama who has demonstrated a substantial commitment to public service and the improvement of the lives of Alabama citizens. Brewer was a former governor of Alabama and law professor at Cumberland School of Law, while Torbert is a former chief justice of the Alabama Supreme Court.

Carroll received the award at a luncheon April 24 at the Harbert Center in Birmingham.

The award noted that Carroll “is one of the most highly respected lawyers in the state whose distinguished legal career includes service as a civil rights attorney, U.S. magistrate judge, law school professor and dean of the Cumberland School of Law, acting director of the State Ethics Commission, and leader and pro bono participant in numerous local, state and national bar association service and research activities.”

Carroll served as dean from 2001 until 2015, when he moved to the law school faculty full time. He teaches mediation, evidence, trial practice, ethics, and an online course in e-discovery and evidence. He served as a United States magistrate judge in the Middle District of Alabama for more than 14 years (1986–2001). Prior to that, he was a law professor at Mercer University and legal director of the Southern Poverty Law Center in Montgomery (1975–84).

Alabama Appleseed’s mission is to work for systemic policy reforms that achieve justice and fairness for low-income, unrepresented and other vulnerable populations that usually have little or no voice in developing or changing policies that impact their lives. The issues Appleseed addresses include housing, health, financial security, workplace safety, disaster relief, access to justice and discrimination wherever it arises.