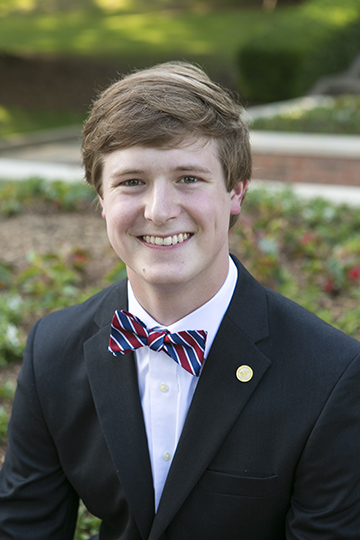 A record number of students voted in the recent campus-wide elections.

Park is a senior public administration major from Birmingham. He served this past year as SGA vice president for senate. He is a Samford Ambassador, a member of Pi Kappa Phi fraternity and has served as a peer mentor in the university’s Foundations curriculum for first-year students.

As president, Park will provide leadership to SGA and represent undergraduate students with the university administration.

Other elected executive officers are as follows:

Mollie Master, vice president for events. Master is a sophomore prebusiness major from Rockwell, Texas, and will provide leadership for the Student Activities Council.

Trent Taylor, vice president for development. Taylor is a sophomore law, politics and religion major from Carrollton, Georgia, and will oversee the Freshman Forum leadership group and work with class officers.

Class officers for next year include the following:

In addition, 31 students were elected to positions on the SGA Senate.