Published on April 4, 2017 by William Nunnelley   Share this on: 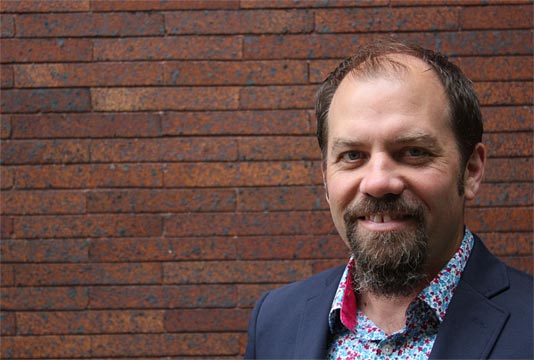 Philosophy professor and author James K.A. Smith of Calvin College in Michigan will deliver the Andrew Gerow Hodges Lecture at Samford University Thursday, April 6, at 10 a.m. in Reid Chapel. The lecture is sponsored by Samford’s Frances Marlin Mann Center for Ethics and Leadership.

Smith holds the Gary and Henrietta Byker Chair in Applied Reformed Theology and Worldview at Calvin. His topic will be “Worship, Formation and Public Virtue: The Church and the Common Good.” The program is free and open to the public.

A prolific writer, Smith is author of the award-winning books Who’s Afraid of Postmodernism? and Desiring the Kingdom. Both won awards from Christianity Today and Word Guild. His most recent book is You Are What You Love: The Spiritual Power of Habit.

His writing also has appeared in such magazines as Christianity Today, Books & Culture and First Things, and periodicals such as The New York Times, Wall Street Journal and USA Today. He serves as editor of Comment magazine.

The Frances Marlin Mann Center for Ethics and Leadership is an academic center that facilitates the understanding of Christian character, servant leadership and moral integrity in Samford students through practice. The center was founded in 2008 with support from Marvin L. Mann, a Samford graduate and former chairman and chief executive officer of Lexmark International. The center is named for Mann’s late wife, Frances Marlin Mann.

Andrew Gerow Hodges was a decorated hero of World War II, a successful Birmingham businessman and longtime supporter and trustee of Samford University. The Beeson Divinity School chapel at Samford was named in his honor in 2002.