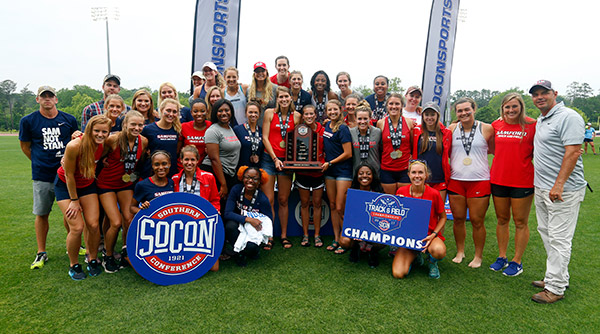 The win followed the team’s indoor championship earlier this year.

The Bulldog men finished a close second to Western Carolina, with the title decided in the last event of the weekend.

The championship meet was hosted by Samford May 11–12 at the Samford Track and Soccer Stadium.